How Long Do You Think Shitting Takes? This Girl Just Brought 3 Books And A Tablet With Her Into The Bathroom To Poop 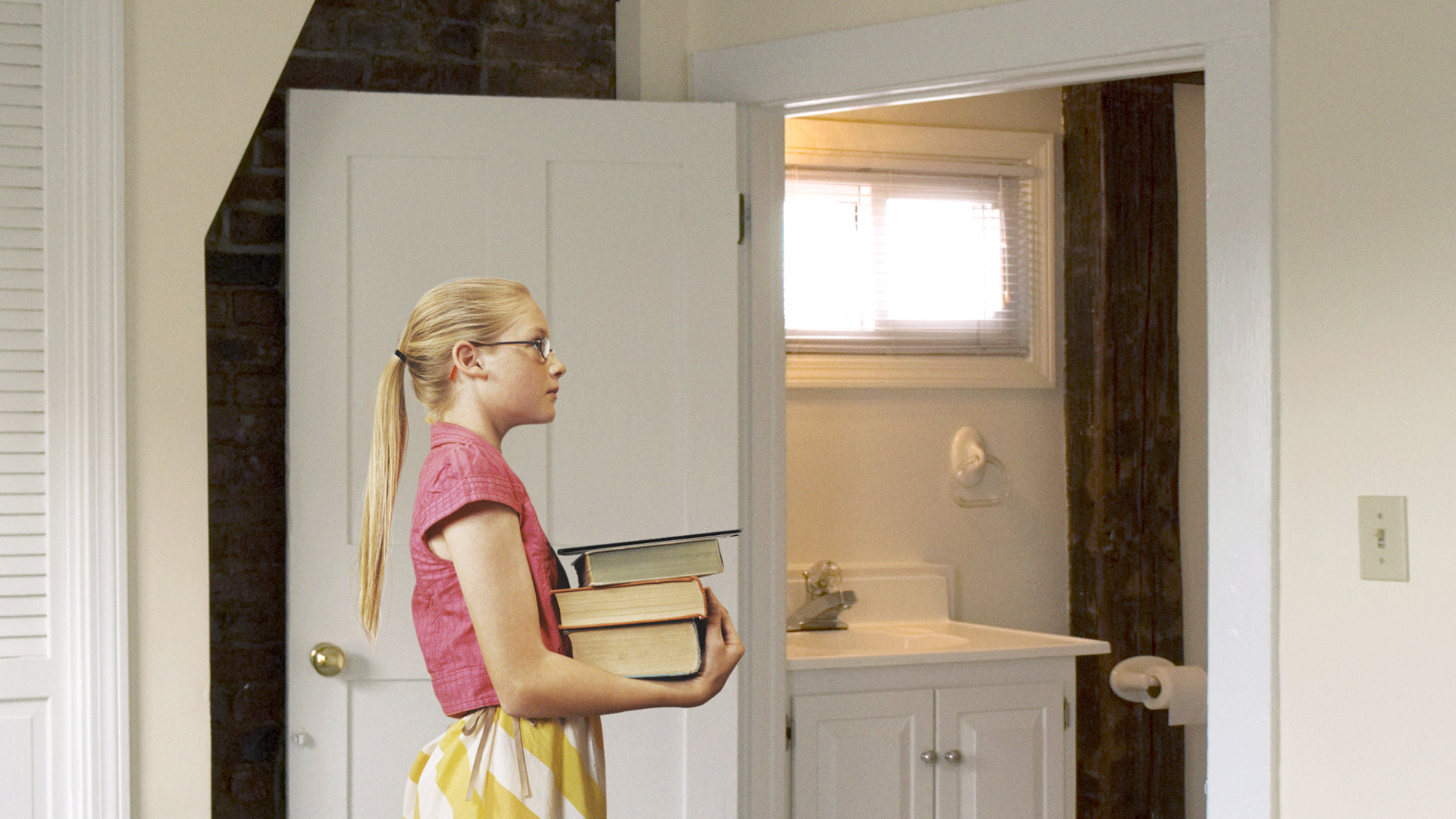 There are many things in life that at first seem strange and puzzling yet ultimately have a logical explanation, but here’s an utterly perplexing story that, no matter how you look at it, just doesn’t make any goddamn sense: This girl just brought three books and a tablet with her into the bathroom to poop.

Huh. Why the hell does she need all that stuff? Shitting doesn’t take that long.

In a move that suggests she thinks she’ll be posting up on the toilet for, like, 50 hours, 8-year-old Sarah Wendleman just went into the bathroom with Charlotte’s Web, Diary Of A Wimpy Kid, the first Harry Potter book, and her Amazon Fire kids’ tablet that’s loaded with tons of games and episodes of her favorite Disney Channel shows. While just one of these things would have been more than sufficient, Sarah apparently felt otherwise, bringing along a stockpile of entertainment options that’d be more appropriate for, say, a long vacation or waiting out a nuclear apocalypse in a bomb shelter.

When Sarah went into the bathroom, you could hear her dragging her laundry hamper over to the toilet, presumably to use it as a makeshift table for all her reading material, which you think she’d only do if she was anticipating a long, drawn-out turd sesh. But she’s eaten fairly normal and healthy meals over the past 24 hours—no Slim Jims or Popeyes or anything like that which typically precedes a prolonged visit to Toilet Town—so gastrointestinally speaking, there’s no reason why she’d need more than a few minutes to do her business. However, she’s been in there for about seven minutes now, and you can hear her casually singing along to a JoJo Siwa song and flipping through book pages, suggesting that she’s just gonna take her sweet time in there for reasons that will likely never be clear.

C’mon, girl. This isn’t your first rodeo. Shitting should only take five minutes, tops, and the women’s magazines that your mom keeps next to the toilet should be more than enough to keep you entertained while you’re passing tubes. Act like you’ve been here before, and maybe next time consider bringing just one book so you don’t look like a huge weirdo who hangs out on the toilet for fun.