'I Can’t Believe I’m Inside His Asshole’: This Doctor Is Giving Bruce Springsteen His Annual Prostate Exam Right Now And Trying To Play It Cool, But, C’mon, It’s The Boss! 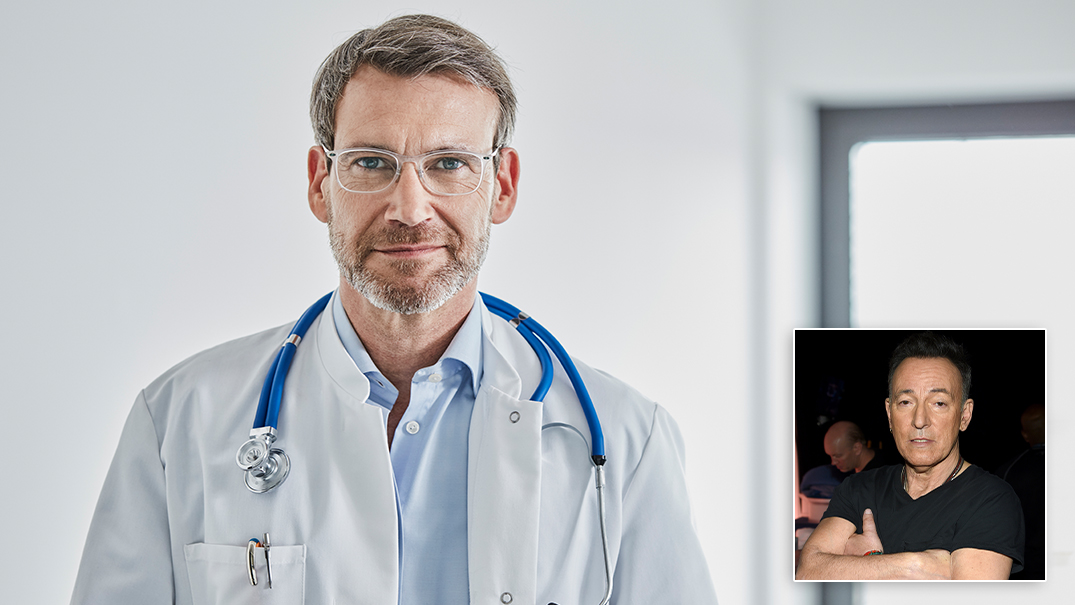 If you’ve ever met a major celebrity in the flesh, you know how hard it can be to avoid totally losing your shit and embarrassing yourself by acting like a teenage girl at a Beatles concert. Well, imagine what it’s like for Dr. Alan Hobbs, who is in the middle of giving Bruce Springsteen his annual prostate exam and is doing his best to play it cool, but, c’mon, it’s the boss!

Uh, how the hell is a guy supposed to stay chill when he’s two knuckles deep inside the rectum of the man who wrote “Thunder Road”?

According to witnesses, the 56-year-old Dr. Hobbs is currently performing a DRE (Digital Rectal Exam) on the rock ’n’ roll icon, deftly maneuvering his index and middle fingers around inside the 20-time Grammy winner’s colon searching for abnormalities which could be early signs of cancer or other serious prostate disorders. Despite having performed the procedure hundreds of times in his career, the visibly starstruck Dr. Hobbs is reportedly totally unable to keep his shit together due to the fact that the anus, butt cheeks, penis, and rectum of the lead singer of the E Street Band are right fucking there in front of him.

“The Boss’ anus is right there, and I’m inside it!” Dr. Alan Hobbs giddily whispered out loud to himself, trying not to tip off Mr. Springsteen that he was currently getting his prostate prodded by his biggest fan, like, ever, but failing miserably. “This is easily the greatest honor my fingers have ever had! Sure, I’ve given prostate exams to some famous people before, but this is a whole other level! This is the Bruce Springsteen! My wife is never going to believe I had my hand inside Bruce Springsteen’s anus for work!”

Dr. Hobbs’ enthusiasm briefly turned to terror as it suddenly hit him that he could actually find a problem with the Boss’ ass. “Holy shit, what if I find something?” he gasped as the color drained from his face. “What if I’ve got to tell the Boss he’s got prostate cancer? Fuck. What if he fucking hates me? I’d have to be all cool about it, like, ‘Yo, Boss, bad news about your ass, dawg,’ or, like, ‘You’re dying, Brucey babe. It’s curtains for the E Street Band.’ Fuck, no, that’s terrible. Thankfully, his rectum’s feeling pretty good here.”

There’s no doubt that Dr. Hobbs is embarrassing himself a little, but hey, you try not geeking the fuck out out with most of your hand up Bruce fucking Springsteen’s ass! Overall, he’s doing a pretty good job keeping calm around one of the greatest rock stars of all time. The only time he really slipped up was when he eagerly told Springsteen, “I’d love to inspect your rectal tissue again soon, my man!” But hey, you can’t really blame the guy, that’s the freakin’ Boss’ anus he’s probing around in!