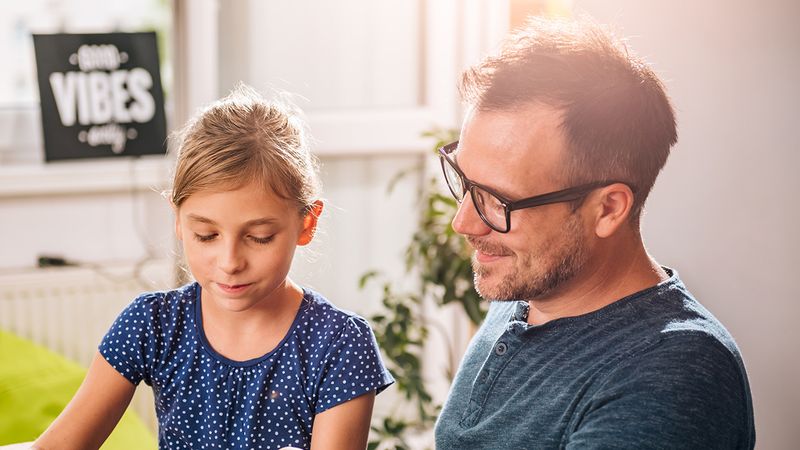 Modern technology has created a lot of issues that parents now have to deal with every day, and as a father to two young children, it’s both exciting and alarming. Parenting in 2017 requires flexibility, as new devices pop up all the time, but there’s one decision that I am steadfastly sticking to: I don’t let my children have smartphones because that would make it harder for me to make them believe I killed Osama bin Laden.

It might be old-fashioned, but I love having a technology-free family dinner with my 11-year-old, Lindsey, and my 8-year-old, Marcus. If they had smartphones at the table, I’d have to work twice as hard to cover my lie about having personally killed bin Laden, getting fact-checked left and right. I want my children telling me about their days, not having them glued to their phones, asking me how I could’ve possibly slain Osama bin Laden in Florida when it says he died in Abbottabad. I might be able to improvise around their questions and undermine their sources for a week, but after that I’d really be stretching it.

Is this extreme? Maybe. To be honest, I don’t really consider myself a helicopter parent. It just worries me what they could find out about the real mission to kill Osama bin Laden on there. I’m not even sure parental controls could totally block something as widely covered as bin Laden’s body being dumped at sea, as opposed to buried in our vegetable garden as Lindsey and Marcus understand it.

If they had smartphones at the table, I’d have to work twice as hard to cover my lie about having personally killed bin Laden, getting fact-checked left and right.

I don’t want this to affect how friends and relatives interact with my kids, either. Right now I sweat each time my brother-in-law lets them play on his smartphone, knowing they are an app away from finding out bin Laden was not killed on New Year’s Eve while they were in bed. Marcus already gets so much information from his peers I can’t control. I had to start calling my Mitsubishi Outlander “SEAL Team Six,” after he heard about them from one of his classmates.

I’m not here to judge other parents who let their children have smartphones. This is just a choice I’ve made for my little ones, who I want to have a childhood filled with playing in the driveway, chasing fireflies, and thinking that I used my tennis racket to whack the most infamous terrorist the world has ever known right in the temple.

My children will have the rest of their lives to carry around a smartphone everywhere they go, with accurate information about bin Laden’s death just a few keystrokes away. I hope that day is far off in the distance, and they can just be kids who think Daddy killed the 9/11 mastermind a little longer. And there’s nothing wrong with that.