I’m With Dad: 4 Reasons Why Me And Dad Think The Old Howard Stern Wouldn’t Even Recognize The New Politically Correct Howard Stern 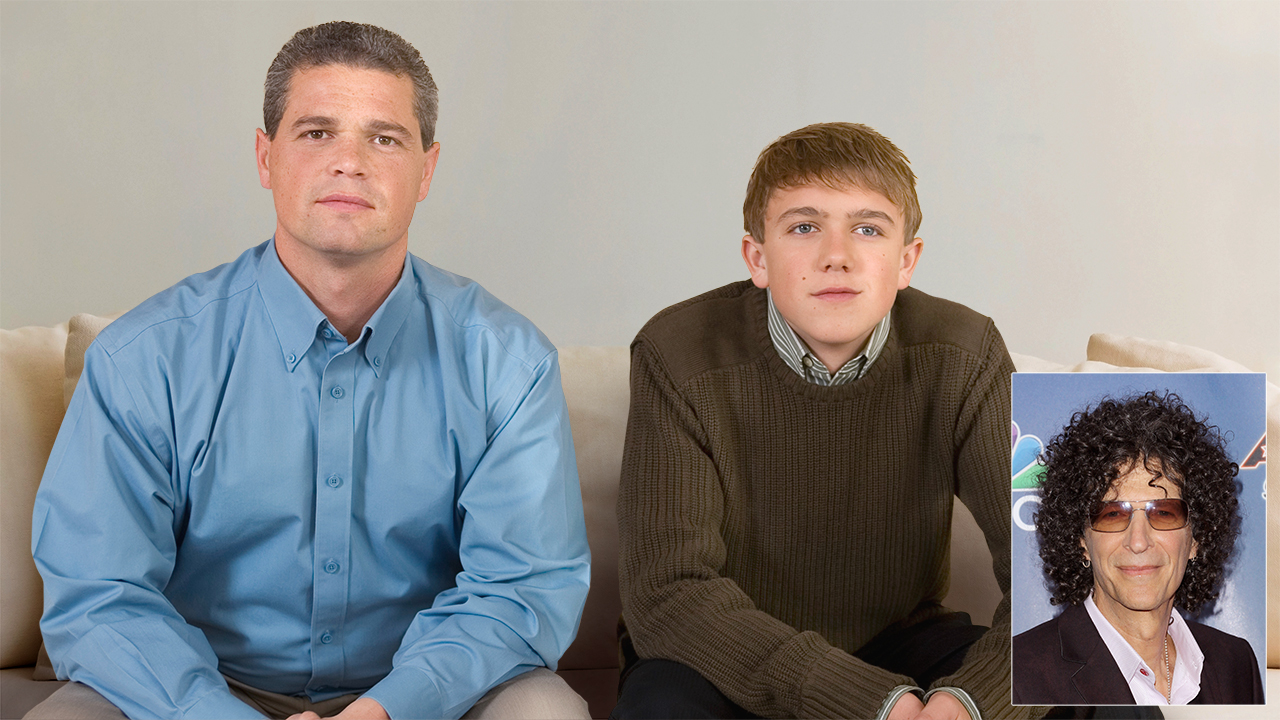 Sometimes when my dad picks me up from places, he’ll turn on the Howard Stern channel on Sirius XM and let me listen. My dad says that Howard used to be, like, the best guy on the radio back in the day, and from all the stories he’s told me about the old show, it’s pretty obvious to me that these days Howard is a total sellout. Here are four major reasons why me and Dad have come to the conclusion that the old badass Howard wouldn’t even recognize the new PC Howard.

1. Howard Stern hosted America’s Got Talent: My dad has been listening to radio since the ’80s, and he says that back when Howard first hit the airwaves, he was basically like an outlaw who totally shoved it to the fat cats at the FCC every chance he got, which sounds so awesome. But over time, my dad has noticed that Howard lost the edginess that made him so special, which I completely agree with, and the fact that the once-great shock jock hosted America’s Got Talent is grade-A proof for us. On any given night, you can flip on NBC (which me and my dad call the “Nothing-Good Broadcasting Company”) and watch the new, politically correct Howard Stern totally hamming it up like he’s some kind of family man, which me and my dad know is so bogus and something the old, radical Howard would never do. My dad knows a ton about radio and radio history, so we would know.

2. Howard Stern doesn’t do Fartman anymore: When my dad picked me up from school the other day and let me sit in the front seat, which I’m basically allowed to do all the time now unless my mom is sitting in it, we got to talking about how Howard Stern was once one of the funniest people in the world despite how hard the suits in Hollywood tried to box him out, and Fartman was his funniest bit of all. I’ve never personally seen any Fartman videos because my dad says I’m not old enough for that yet, but apparently he was this hilarious freak character that Howard Stern used to do who loved farts and was even once lowered down on cables at some award show with his bare butt out, and just talking about that made me and my dad laugh pretty hard. But you can basically forget about Fartman at this point, because the new Howard is a millionaire hot-shot who doesn’t need to push boundaries like he did in the ’90s and has too much to lose to take any risks. My dad says he feels bad for kids my age who don’t have an anti-establishment figure to look up to these days, and I feel bad for kids my age, too.

3. Howard Stern never has strippers in the studio like he used to: My dad doesn’t talk to me much about this topic because he knows it makes my mom mad, but he’s told me enough where it’s pretty clear to me that Howard Stern has totally forgotten his roots when it comes to having strippers in the studio. My dad says he remembers listening to Howard Stern when he was a little bit older than me and being so blown away when Howard would ask strippers all kinds of sexy questions and Robin would laugh and laugh, and I agree that that sounds awesome. But me and Dad think that nowadays Howard would much rather have some lame old rich-guy buddy like Billy Joel or Warren Buffett in the studio instead of a Playboy Bunny or Carmen Electra, which totally sucks. My dad put it perfectly when he said that if the old Howard Stern ever met this version of Howard Stern, he would think he was looking at the exact kind of millionaire that he loved to lampoon. And that says it all, honestly. It’s frickin’ sad.

4. Howard Stern has the kind of big celebrity birthday bashes that he used to hate: On the ride home from my friend’s house a couple days ago, me and my dad got to talking about how back when Howard Stern was basically the pirate of the airwaves, the only time mainstream celebrities ever mentioned his name was when they were speaking out against his radical, raunchy style on the radio. But today my dad says that Howard has way too many celebrity friends like Zach Braff and Dave Grohl who love to throw him super-exclusive Hollywood birthday bashes, which is another major reason why we think the old Howard Stern would take one look at this new Howard Stern and want to kick his ass. My dad says that back in the day, the only friends Howard needed were Robin, Fred, and Baba Booey, but ever since Howard was invited into the A-list social circle of Hollywood, all he wants to do is drone on about his famous friends and not be funny. “The rich keep getting richer,” as me and my dad say a lot. It’s a shame. But all good things must come to an end, and Dad and me think that we probably just need to accept that old Howard is gone for good.