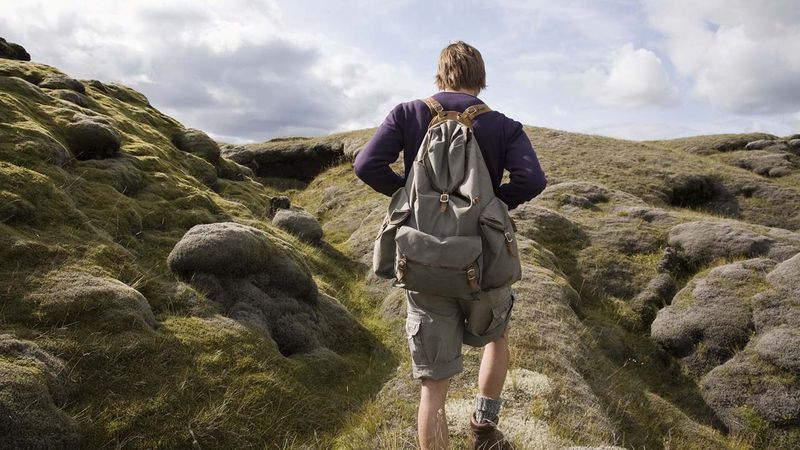 Impulsive. Irresponsible. Insane. When I announced my plan to leave my corporate job in Boston in pursuit of a solitary trek through the unknown wilderness, I heard it all. While those people were only looking out for me, I am so happy I ended up taking the plunge because after spending five months hiking the Appalachian Trail alone, I learned two things about trees.

I can barely recognize the version of me who started the 2,190-mile journey. He had no idea what the six demanding months of trail life had in store for him, nor did he know these two facts about trees. By hiking into the wilderness with an open heart and an open mind, I was able to truly take note of the world around me, including a laminated placard I encountered on day 18 which informed me that pinecones are only found on coniferous trees. That is when the magic of the trail really started to set in. I was really doing it.

But the trip was not all rosy from there. As the days turned into weeks and then into months without further revelation, I seriously wondered if I would emerge at the trailhead in Georgia only having learned one thing about trees. But as I would soon discover, the trail had a more ambitious plan for me, in the most unexpected of places.

By hiking into the wilderness with an open heart and an open mind, I was able to truly take note of the world around me, including a laminated placard I encountered on day 18 which informed me that pinecones are only found on coniferous trees.

To see another human on the trail is a welcome and rare sight for a solo hiker, and in the Virginia low country I met a fascinating man who told me something I’ll never forget for as long as I live. He first explained that pinecones are only found on coniferous trees, which of course I knew by then, but what he also told me was that it takes 40-50 gallons of maple tree sap to produce one gallon of syrup. That really opened my eyes.

The Appalachian Trail offers different insights for every traveler. For me, it was two facts about trees.

The bug-infested nights, the relentless rain in the Great Smoky Mountains, the blisters that blanketed my feet—these hardships were all worth it because in the end I learned two things about trees. Had I listened to coworkers and friends who told me I was crazy to even consider hiking the Appalachian Trail, I may never have learned these two things about trees. One day, I hope to return to the great Appalachian Trail—maybe even rent a cabin and try my hand at writing a book about the two things I learned about trees. Until then, I just encourage everyone I meet to at least consider taking the hike. Even if they learn half of what I did, it will all be worth it.