I Used To Think All Terrorists Were Muslim. Then I Saw ‘Speed 2: Cruise Control.’ 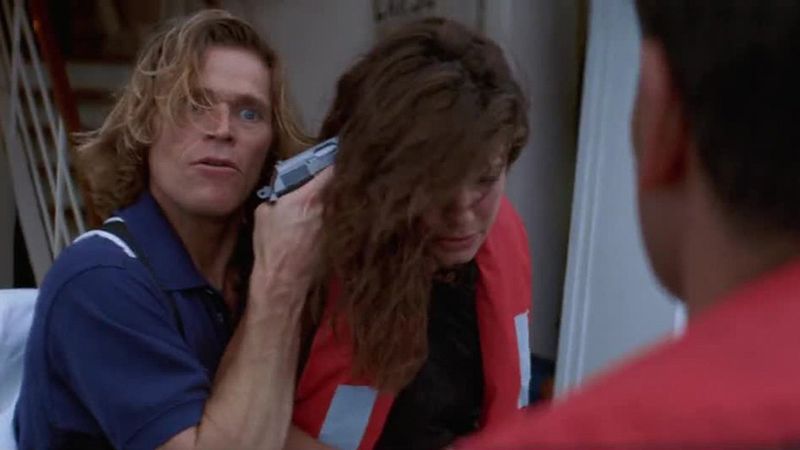 Getting older means gradually changing your views and trying to overcome your prejudices. No more have I experienced this than through my own beliefs about other races and religions. For most of my life, I always thought, like many Americans out there, that all terrorists were Muslim. That all immediately changed when I saw a movie called Speed 2: Cruise Control.

You see, watching Speed 2 challenged me to my core. Never before had I been forced to stare my own ugly bigotry in the face. I realized that I had always equated the word “terrorist” with a person from Middle Eastern descent armed with a suicide bomb or an AK-47. Never once had I considered that one could be a white software engineer determined to crash a cruise ship into an ocean liner.

My eyes were opened. I know now that anyone can be a terrorist. It doesn’t have to be someone with a headscarf and a beard. It could also be Willem Dafoe driving a speedboat. And with each successive second of Speed 2: Cruise Control—from the moment the movie began to the moment that Sandra Bullock and Jason Patric killed Dafoe by firing a harpoon into his plane and causing him to crash into an oil tanker—I could feel myself becoming more educated and more tolerant.

…anyone can be a terrorist. It doesn’t have to be someone with a headscarf and a beard. It could also be Willem Dafoe driving a speedboat.

The truth is, I’m a better person now, because now I understand that while some acts of terrorism are caused by extreme religious beliefs, others can be caused by a man simply seeking revenge against the company that fired him after their electromagnetic fields poisoned his blood with copper.

So, the next time you ask yourself if you believe that refugees should be denied entrance to our country, consider the fact that we allow non-Muslims to smuggle explosives aboard cruise ships inside their golf clubs. Should we start searching every white man’s golf equipment the same way we subject Muslims to unjust and violating searches and questioning?

At the end of the day, I know the answer to this question. And I think you do, too. I used to think all terrorists were Muslim. I admit I was wrong. And Speed 2: Cruise Control showed me all the evidence I needed to admit my mistake.