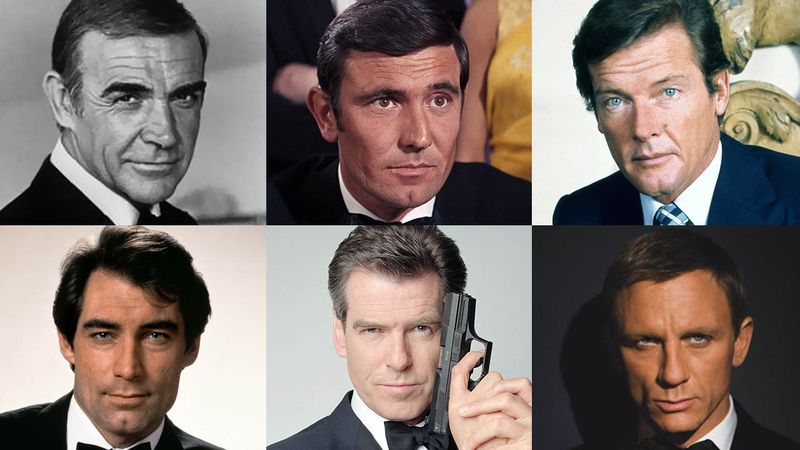 Last Thursday, I was mugged for the first time in my life. While walking home from the gym, I was approached by a man who pulled a knife and demanded my wallet. I complied, and in a matter of seconds, he was dashing away down the street. It happened so fast that, in my panic, I really didn’t get a good look at my mugger’s face. All I can say for certain is that he was one of the actors who portrayed James Bond.

What strikes me in retrospect is how unsure I am of even the most basic details of my assailant’s appearance. In fact, the only things I remember for sure are that he was white, between 5’10” and 6’3”, and had starred in one or more of the Bond films as the titular character, James Bond. I couldn’t say for sure what his age was, but I’d guess that he looked older than 46 but younger than 88.

…the only things I remember for sure are that he was white, between 5’10” and 6’3”, and had starred in one or more of the Bond films as the titular character, James Bond.

It’s strange how little seems to stick with me. For instance, I can’t remember what exact words the mugger used, though I did get the distinct impression that I‘d heard the very same voice say the words “Bond, James Bond” at some point during a Bond film. And while I think he spoke with an English accent, to be perfectly honest, I can’t rule out the possibility that the accent was Australian like George Lazenby, who delivered a solid performance in the underrated On Her Majesty’s Secret Service.

One thing I can tell you with confidence is that the asshole who robbed me was not the star of some TV adaptation or parody of James Bond. I definitely would have remembered something like that. No, my mugger portrayed Agent 007 in one of the 23 Bond films released by Eon Productions after 1962. So either Lazenby, Roger Moore, Timothy Dalton, Pierce Brosnan, Daniel Craig, or the inimitable Sean Connery.

Beyond that, anything I could tell you would be sheer conjecture.