I Would Never Let My Daughter Enter A Beauty Pageant, Because There’s No Way In Hell She’d Win 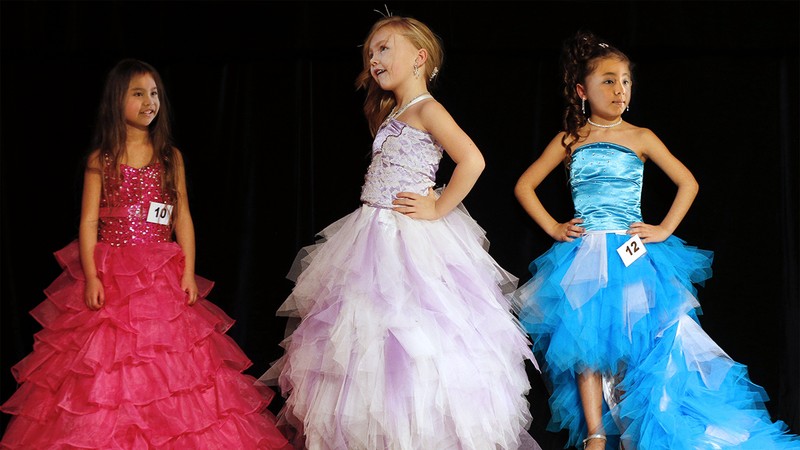 As a woman who has dealt with plenty of unwelcome judgment in her life, I have always been a little uneasy about the idea of beauty pageants. But ever since I became a mother to my own little girl, that discomfort has deepened into something far more urgent. When I look at my daughter, I think about everything that she has to offer this world, and how society will try to pick her apart, and I know one thing for sure: I will never let my daughter enter a beauty pageant, because there’s no way in hell she’d win.

I simply refuse to be part of a system that tells my daughter she isn’t pretty or talented enough—I have been aware of that for many years.

I’m sorry, but I am just not comfortable hiding my daughter’s face under pounds of pageant makeup knowing that at the end of the day it won’t make a bit of difference when the judges are scrutinizing her very plain and unremarkable face. The more I think about it, the more it makes me sick to imagine a bunch of adults reducing my daughter’s appearance to a score on a piece of paper, and then reducing other people’s daughters to scores that are much, much higher than the one she got. A panel of total strangers looking my daughter in the eye and telling her she isn’t “pretty enough” is disgusting, demeaning, and entirely justified. I refuse to be a part of it.

The bottom line is, I love my daughter, and it is my right as a parent to protect her from a demeaning, sexist competition that she has no shot of winning and that will end up pretty much wasting everyone’s time.

Potential critics will say that pageants are about more than just looks, and that they present an opportunity for my daughter to show off her inner beauty, to celebrate her own talents and her noble heart. But those who say this are frankly ignorant of the basic fact that my daughter is a vapid, mean-spirited individual whose personality would underwhelm the judges even more than her garden-variety looks. If anything, my daughter’s unremarkable appearance is made worse by what can only be described as a shocking lack of charisma. Allowing her to struggle through a song or a dance on stage in front of other people would be cruel to everyone involved, and I would be ashamed of myself as a parent if I ever let that happen.

The bottom line is, I love my daughter, and it is my right as a parent to protect her from a demeaning, sexist competition that she has no shot of winning and that will end up pretty much wasting everyone’s time. Pageants are toxic, outdated institutions that are only really fun to participate in if you can win, and I respect my daughter too much to pretend for even a second that she has a shot in hell of doing that. If you’re a mother to a little lost cause just like mine, then please, on my behalf, give them a big hug today, and remind them that they shouldn’t rely on beauty pageants for their self-worth, since that would be a huge fool’s errand.