Immersive Gaming FTW: Nintendo Has Released A Chair That Will Launch You Through Your TV If You Crash In ‘Mario Kart’ 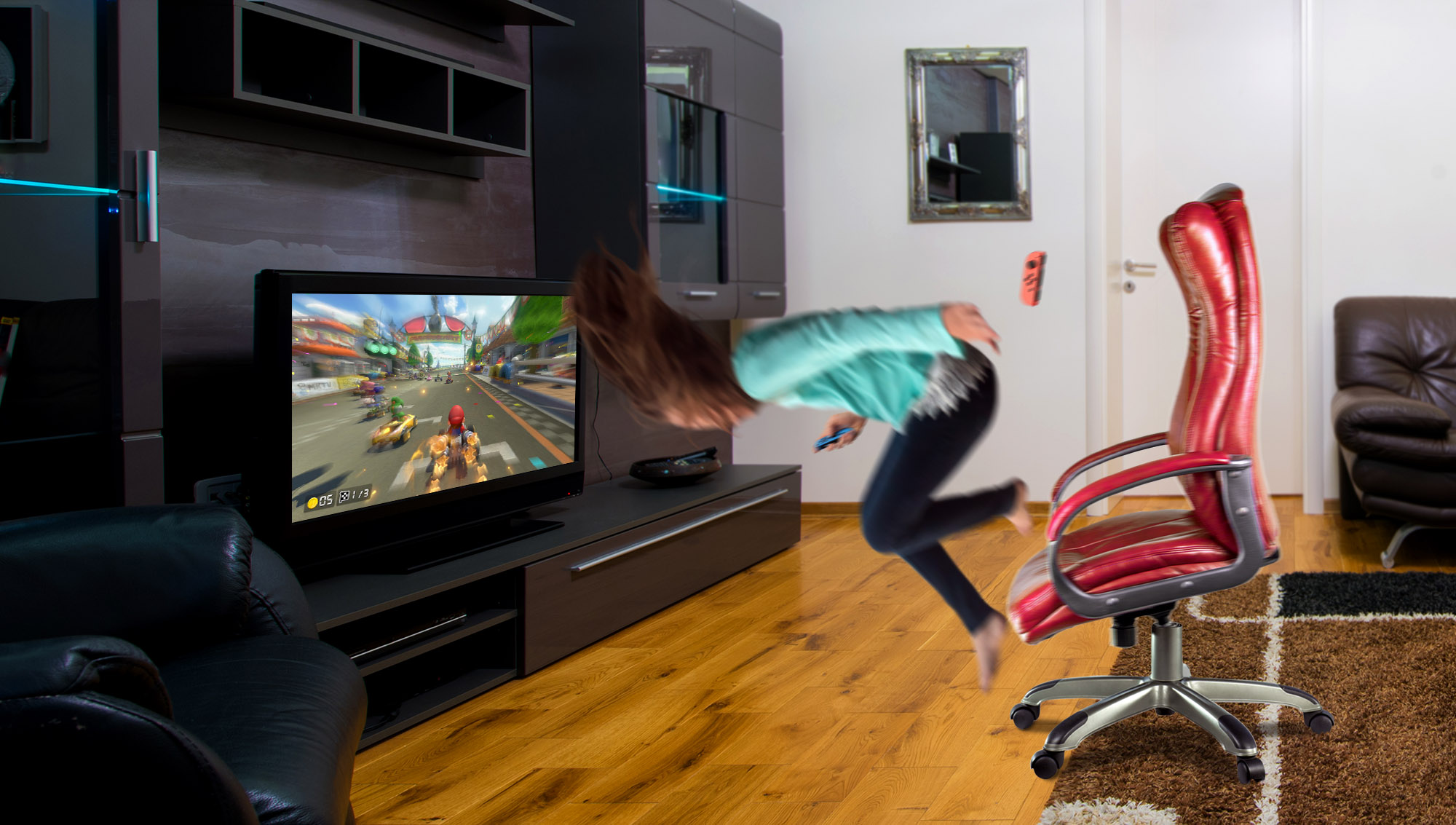 All right, Nintendo Switch fans, pause your games, because you’re definitely going to want to hear this: Nintendo has just released a chair that will launch you through your TV set if you crash in Mario Kart.

Yeah, if you want to take your gaming to the next level, this is some seriously mandatory hardware.

Gamers longing for a more immersive experience have had their prayers answered in the form of Nintendo’s new ThunderSeat, which, when paired with Mario Kart 8 Deluxe, will catapult players violently out of their chairs and through their television sets at lifelike racing speeds of up to 180 mph whenever they crash into something. Plus, whenever your character is hit with a projectile item such as a Red Shell or a Bob-omb, the ThunderSeat will simulate the onscreen impact by shooting you vertically into the ceiling. It’s an experience that’s as close to actually wiping out on a Mario Kart track as you’ve ever felt.

“While Mario Kart 8 is playable without the ThunderSeat, we at Nintendo feel that when you hit a pine tree on Mount Wario without your chair launching you headlong through your LCD screen with so much force that you shatter the screen, you’re missing out on the full racing experience,” said president of Nintendo Tatsumi Kimishima during a recent press conference. “It has long been a dream at Nintendo to allow players to feel the same devastating impact that Donkey Kong does when he slams his kart into a Thwomp, and with the ThunderSeat, we’ve finally realized this dream.”

And if you’re worried about a lack of ThunderSeat-compatible titles, don’t be. Although the ThunderSeat was designed with the crashing mechanics of Mario Kart 8 in mind, most games in the Nintendo Switch catalog are able to use collision boosting in some form or another, whether that’s falling from a deadly height in Zelda: Breath Of The Wild, which causes the ThunderSeat to tip forward and fling players directly into the floor, or using Mario’s long jump in Super Mario Odyssey, which will cause the ThunderSeat to hurl players through the nearest window to simulate Mario’s long trajectory through the air.

Incredible! Nintendo has consistently been at the forefront of game innovation, and the ThunderSeat may just be its greatest achievement yet. Leave it to the geniuses at Nintendo to once again take gaming to the next level!