Inclusivity Win! This White Girl Vacationing With Her Friends In The Caribbean Just Posted A Group Photo Featuring A Local Resort Employee With The Caption ‘Our New Friend Lol’ 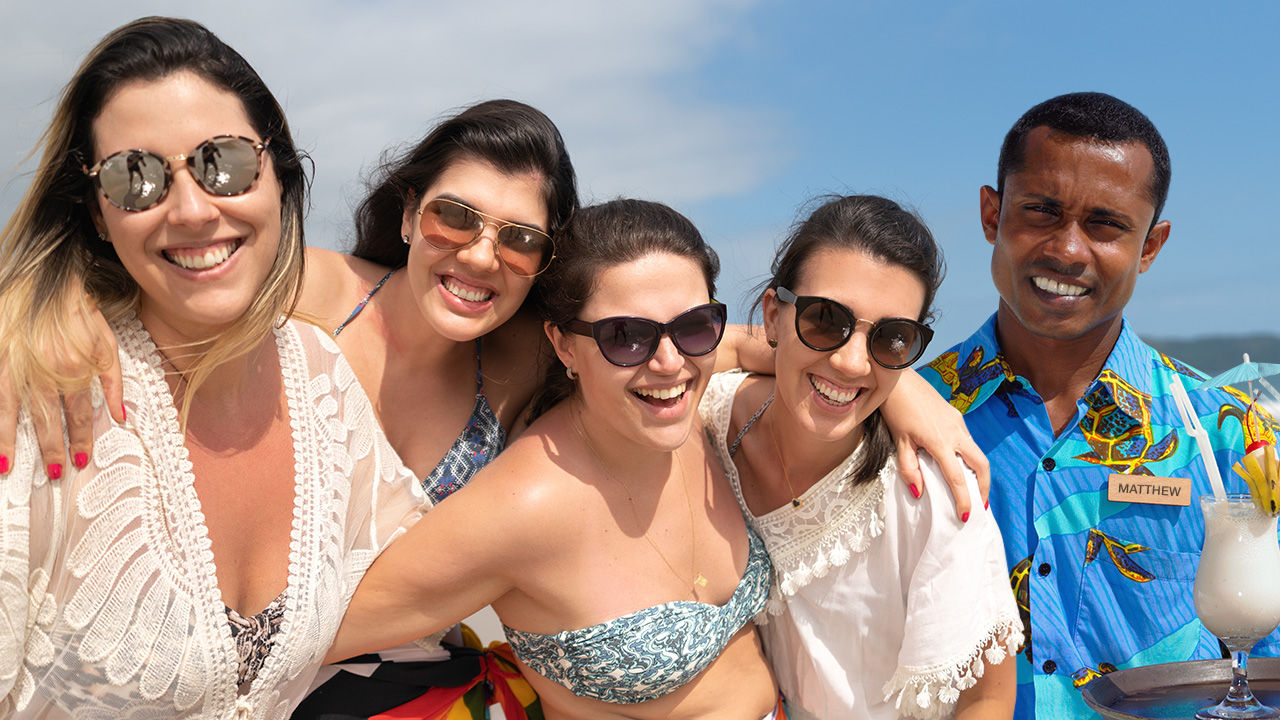 Society still has a long way to go when it comes to diversity, but this amazing story proves that a more accepting world really is possible: This white girl vacationing with her friends in the Caribbean just posted a group photo featuring a local resort employee with the caption “Our new friend lol.”

Twenty-one year-old Marissa Schwartz just made an awesome gesture of inclusivity by Instagramming a group photo of her sorority sisters posing with one of the servers at the Radisson Aquatica Resort in Barbados where they’re vacationing, adding the caption “Our new friend lol” at the bottom of the post. Although the 35-year-old Barbadian employee was initially reluctant to pose for the photograph and insisted that he was busy, gesturing to the multiple dirty plates in his arms that he had to return to the kitchen, Marissa and her friends made him feel comfortable by assuring him that they were obsessed with him and that he was their best friend ever. And from the big smile on his face in the photo, it’s clear that the group of white girls gleefully grinning and pointing at the name tag on his work uniform reading “Matthew” totally made him feel included despite their different backgrounds.

Truly amazing. It’s beautiful that these young people have made cross-cultural exchange such a priority in their lives.

While some people might travel to another country and still only talk to people who look like themselves, Marissa and her friends are setting an awesome example of the types of powerful connections you can form if you’re willing to step out of your comfort zone to drunkenly shove your iPhone into a stranger’s hands and yell “get a picture!” as you huddle around the man who just brought you a round of daiquiris. Comments under Marissa’s photo like “omg matthewwwwww loooved us lol<3” and “we were his faves!!” prove that the awesome group truly made an impact on Matthew—and it seems like he definitely made a positive impact on them, too, as he can be seen accepting their request to teach them some common Barbadian slang words in Marissa’s Instagram stories posted later the same night.

Absolutely amazing. Everyone could learn a thing or two from Marissa’s ability to make new friends in a foreign place, no matter what they look like or what job they’re being distracted from. What an incredible win for inclusivity!