Incredible Heroism: This Lifeguard Dove Into The Ocean To Save A Drowning Child But Had To Tread Water For 8 Hours Until He Found One 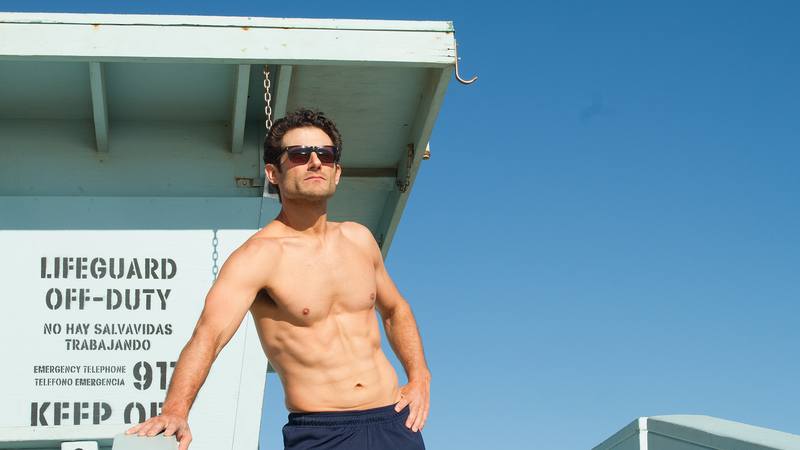 If you think superheroes don’t exist in real life, guess again, because one incredibly brave lifeguard dove into the ocean to save a drowning child and had to tread water for eight hours until he found one.

Take a good look because THIS is what bravery looks like!

When duty called, veteran lifeguard and California native Blaine Richman didn’t waste any time dashing across the sand and diving into the choppy surf in his single-minded effort to save a drowning child, and to stay in the water until he finally found one. Without a moment’s hesitation, he jumped into the freezing Pacific and spent most of his day drifting around in the water vigilantly scanning the horizon in search of any kid who’d gotten caught in a riptide or was struggling to keep their head above water after swimming too far from the shore. When Blaine made the selfless decision to sprint into the ocean to save a drowning child, he didn’t know if or when he would actually find one, but he did know that he was willing to drift around in the ocean all day until he did.

After eight hours of heroically treading water, Blaine finally found a drowning child and towed him back to the beach, arriving to applause and a hero’s welcome from other beachgoers who had mostly still been at home when Blaine originally jumped in. But a lifeguard’s work is never done, and just minutes later he was courageously diving back into the water to drift around and maybe eventually find another life to save.

Faith in humanity officially restored! If more people could be like Blaine Richman, the world would be a better place!