Incredible Opportunity! Harvard University Is Now Offering A Tree-Climbing Program For Country Boys Who Were Never Much For Book Learnin’ 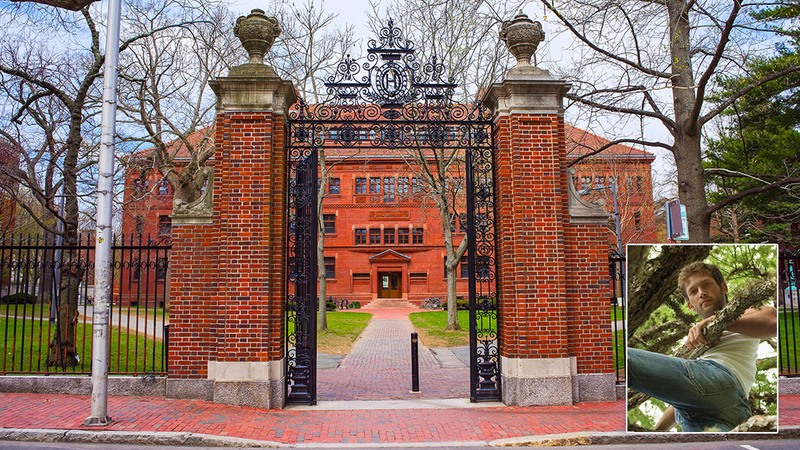 Harvard has long prided itself on providing cutting-edge curriculum to the best and brightest students, but it’s managed to set the bar even higher with the addition of its most recent curriculum. As of this year, Harvard University is now offering a tree-climbing program for country boys who were never much for book learnin’.

Wow, what an incredible opportunity for any ragamuffin who wants to master the art of trees!

Excitement is in the air at Harvard, as promising young students who’ve always been more inclined to chase katydids than study physics and the like will now be able to enter a four-year undergrad program aimed primarily at hustlin’ up trees. It’s the university’s hope that by offering an elite tree-climbing program, it can attract the best young scamps who have a penchant for newt-collectin’ and occasionally creating a spot of wholesome mischief for Widow Donahue next door.

“We’re excited to serve an entire population of students who couldn’t tell Bill Shakespeare from a stick in the crick but are top-tier bark shimmiers,” said Rakesh Khurana, Harvard’s dean. “Our school has only the highest standards, so when we recruit young men to our tree-climbing program, we’re only looking for the top roguish boys who display mastery of both hootin’ and hollerin’.”

Khurana explained that the curriculum is incredibly demanding and by the end of the program, students are expected to be able to get up to those top branches of an oak normally reserved for critters, and even be able to tip their straw hats over their eyes and grab a bit of shut-eye up there. The incoming class of rapscallions will have access to a world-class tree man in the form of department dean Crazy Uncle Therm to help them through their studies—an accomplished tree-climber who once scampered to the top of a 70-foot-tall magnolia because he had a dream there was a warm cherry pie up there.

Harvard is also offering a scholarship for students whose pa don’t come ’round here no more.

Thanks to this elite new program, it will soon be a common sight to see dozens of the nation’s top tree-climbers with one overall strap undone chasing each other through Cambridge Commons. If you’re a country boy who has his head filled with catching frogs in jars instead of the letters and numbers of city folk, you’re definitely going to want to jump on this incredible educational opportunity.