Incredible: When Stephen Curry Heard A Young Fan Was Ill, He Scored 31 Points (4/11 From 3), Dished Out 6 Assists, And Grabbed 2 Rebounds 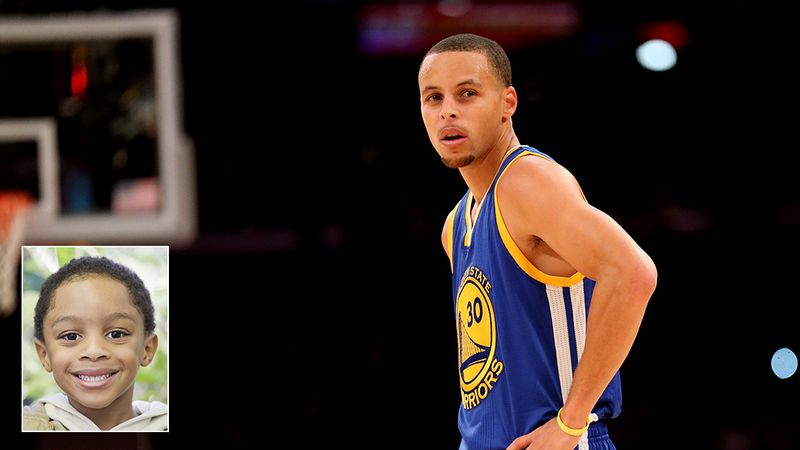 If you love NBA stars who do awesome things for their fans, then get ready to smile.

Nine-year-old DeSean Pollis adores the Golden State Warriors, but since November he’s had to watch every game from his bed in a hospital. Of course, it wasn’t long before reigning MVP Stephen Curry heard that one of his biggest fans was sick, and on Monday night he did something amazing: Curry scored 31 points to go with six assists and two boards in an authoritative 111-103 victory over the Miami Heat.

DeSean cheered louder than ever as he watched what proved to be a wire-to-wire victory for the Warriors, who were able to hold off a challenge from Miami in the fourth quarter when Curry hit a crucial three. He then hit another with under 30 seconds to play that put the game permanently out of reach for Miami, who were playing without injured center Hassan Whiteside.

Curry committed only one turnover and stayed out of foul trouble—an inspiring gesture from a real-life superhero!

Curry and Klay Thompson (17 points, seven rebounds) scored or assisted on 56 of Golden State’s 111 points, while Draymond Green (22 points on 8-for-14 shooting) was a force too, proving once again what a scary team Golden State can be when they have their whole starting lineup healthy. Harrison Barnes also chipped in 12 points and six rebounds off the bench.

Wow! DeSean is one lucky kid!

Curry’s outing was the latest gem in a year full of them. His PER—player efficiency rating, a metric that combines all of a player’s offensive and defensive contributions into a single number—currently sits at 31.7, putting him in the running to eclipse the current single-season PER record of 31.8.

That record was set by Wilt Chamberlain playing for the San Francisco Warriors in 1962-63, the first year after the team moved from Philadelphia and a decade before they changed their name to the Golden State Warriors.

The Warriors lead the Western Conference playoff race by 2.5 games over the San Antonio Spurs. They lead the Los Angeles Clippers in the Pacific Division by 10 games.

The Warriors host the Lakers on Thursday night.

The Heat visit the Nuggets on Friday night.