Incredibly Kind: A Tab For An Animal-Shelter Volunteer Page Has Been Open On This Man’s Browser For 6 Months 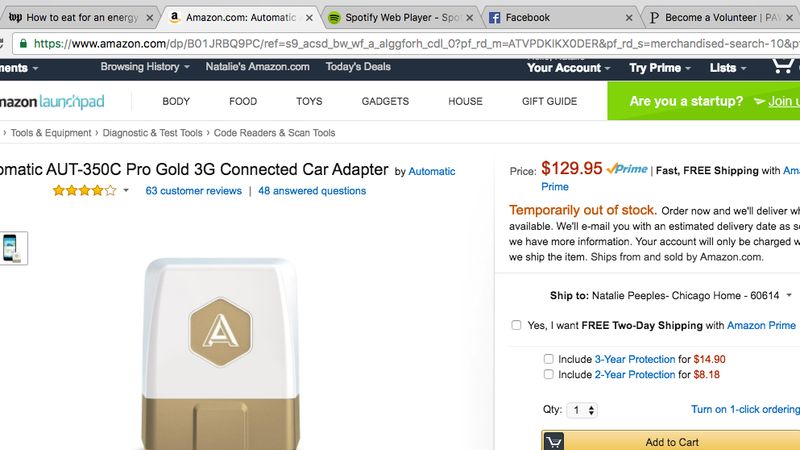 Well, if this isn’t the frontrunner for the most inspirational story of the year, it’s pretty darn close.

As a young professional bouncing between long hours in the office and weekends with friends, 27-year-old Brad Conlin would be the last to consider himself a Good Samaritan. However, take a closer look and it’s clear that he’s nothing short of a modern-day superhero: A tab for an animal-shelter volunteer page has been open on his browser for six months.

What an incredible act of giving!

Kern County Animal Shelter has long relied on dedicated people donating their time, but Brad has truly taken compassion to a new level by keeping their volunteer page open for almost half a calendar year. Never asking for anything in return, Brad showcased his conviction that all animals deserve dignity by also clicking the little star in the address bar to bookmark the page.

Animal lovers, take note, because this is how it’s done.

Nestled right between his Facebook newsfeed and the “new tab” button, the Kern County Animal Shelter volunteer page has been a mainstay on Brad’s browser for a good little while now. And just last week, Brad proved again how dedicated he is to the humane treatment of animals when the volunteer tab moved up from the sixth to the fifth spot after he canceled out of a DraftKings page. What’s more, when Chrome crashed and it offered to open up the old tabs just days later, Brad said yes.

Since then, Brad has given even more, from filling out half of his address in the “volunteer information” field before getting distracted to telling his sister that he heard of an animal shelter when she called to catch up. It’s doubtful that Brad’s busy life will ever slow down, but in a world where “work hard, play hard” rules the day, it’s inspiring to see what’s possible when we make time for the things that matter.

Kudos to you, Brad!