Is America Ready For An All-Male Improv Troupe? 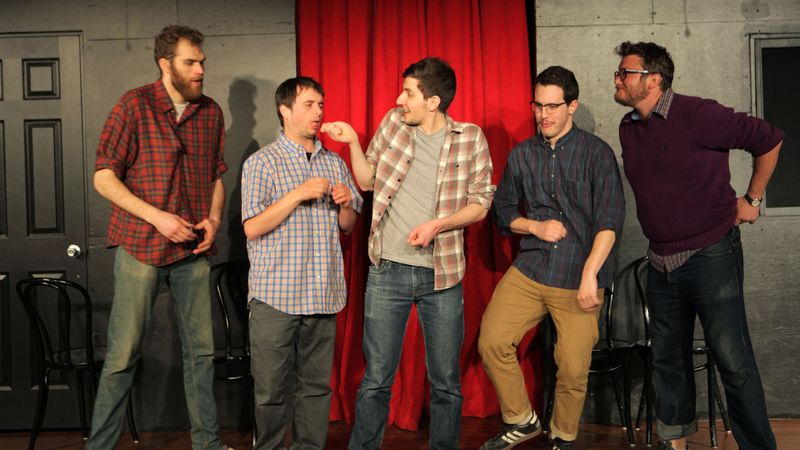 Each new generation reweaves our nation’s moral and cultural fabric. Slowly but surely, what was once unthinkable becomes familiar. Fringe art enters the mainstream. At last, we reach a watershed moment when the status quo is vulnerable, waiting for someone to bravely challenge it.

Is now such a moment in the world of improv comedy? Is America ready to embrace an all-male troupe?

The notion isn’t out of the question anymore. Twenty years ago, the idea of an improv team composed exclusively of men would have scandalized the establishment, but we live in a new era. Go to any improv theater across the country and you’ll see: Male voices are making themselves heard, asserting themselves and proving that improv is far from just a woman’s game.

That’s right. These men are confident, they’re brassy, many of them are white, and they’re here to stay.

So get ready, because it might not be long before you see 10 or 12 men taking the stage together with no filter, no shame, and not a woman among them. Imagine how empowering such a comedic forum could be: men talking to men about men, wrestling with the taboos of penises and fathers, and even offering male perspectives on the charged issue of rape.

Sure, there will always be the old guard, suspicious of change, unfriendly to groups of guys flying in the face of convention. But the march of progress halts for no one. If not in the next 10 years, then surely in the next 50, improv stages across the country will see the inexorable tide of hilarious male improv teams rolling in.

You better get used to them, because pretty soon, you won’t be able to avoid them.