Is This 6-Year-Old The Next Tony Shalhoub? 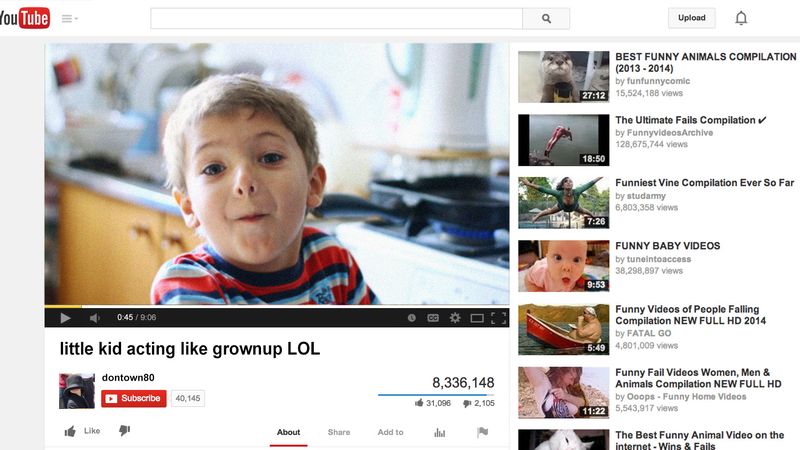 The internet is buzzing about the viral video of 6-year-old Dylan Straney delivering a monologue with the subtleties and nuances of an accomplished career character actor that has everyone asking: Is he the next Tony Shalhoub?

If you close your eyes while watching the video, you may think you’re hearing the real Tony Shalhoub’s subtle vocal inflections that bring such depth to his array of quirky characters. Dylan has “lead of a well-liked USA Network ensemble series” written all over him. And if you think he doesn’t have a bright future being a “special guest star” in several offbeat dramas, you need to watch this video again. While many are heralding Dylan as the next John Turturro or Mark Strong, to us he is a young Shalhoub through and through!

This kid seems like a lock to make a career performing in movies where his name is almost one of the main ones on the poster. If he keeps this stuff up, he is well on the path to leaving audiences saying, “Man, I liked that one eccentric character with the nebbishy ticks. Who plays him again? I’ve seen him in a ton of stuff but I can never remember his name. Doug something?”

The second half of this video is also Tony all over. When Dylan’s 10-year-old sister Rebecca barges into the video and starts reciting lines from Frozen, Dylan doesn’t throw a tantrum; he just keeps focusing on the small facial movements that add such depth to his character and uses the unexpected to move the scene forward. Just like Tony, Dylan knows that the best actor is one that helps make the other actors around him better. A rising tide lifts all ships.

Tony Shalhoub would be proud! Remember Dylan Straney’s name, because you will be seeing it in 20-25 years and sort of recognize him as that guy from the thing.