It’s Called ‘Columbusing,’ And It’s The Latest Teen Craze That Has Kids Sailing The Globe In Search Of Spice 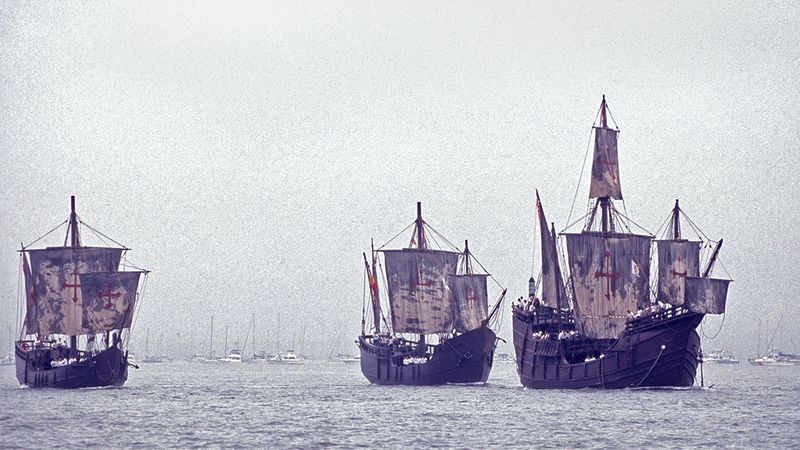 Parents, listen up, because this just may save your son or daughter’s life.

If your kid has seemed preoccupied, is keeping secrets, and is associating with unsavory characters, there’s a new online craze that you need to be aware of, like, now. It’s called “Columbusing,” and it’s got kids setting sail into uncharted waters and exploring the seas for new spice trading routes.

Yikes! If you haven’t had a talk with your kids about the dangers of sailing westward, now may be the time.

The terrifying new trend has kids pledging their loyalty to the kingdom of Spain and risking life and limb all over the globe. Signs that your teen may be Columbusing include rounding up livestock, barreling drinking water, flying the Spanish flag, and poring over 15th-century marine charts at all hours of the night by gaslight.

These teenagers are meeting up in secret chat rooms where they use code words and acronyms to plan their journeys, and eventually running away from home to help the kingdom of Spain establish more efficient trade routes to the East Indies. Then they’re documenting their conquests by using the hashtag #columbusing on social media.

Here is a screencap of a typical Columbusing chat room that was found on a teenager’s phone by his mother:

Scary. If you didn’t know what to look for, this conversation would look completely harmless.

So how much damage has been done by this dangerous new trend? No one can say for sure. So far, the Coast Guard has stopped more than 80 teens before they were able to leave port, but who knows how many more have been brought to Java by the trade winds with the intention of bartering for a half-stone of raw clove? Unchecked, it’s only a matter of time before this trend spirals out of control.

So what can you as a parent do to keep your kids safe? Like anything, combating Columbusing starts in the home. Keep an eye out on your kids’ online activity for the #columbusing hashtag and associated acronyms such as LFSMWRH (Looking For Stout Men With Riggers’ Hands). Watch them closely for any signs of Spanish influenza and scurvy, and monitor their online purchases for items such as blunderbusses, wide hats, and hardtack. The sooner kids understand there are no better ways for Spain to trade spices with Asia than the ones we already have, the sooner this trend will die off and parents everywhere can rest a bit easier.