It’s Called The Rape Cube, And It’s What Islamist Migrants Would Build If They Were Scientists With Billions Of Dollars 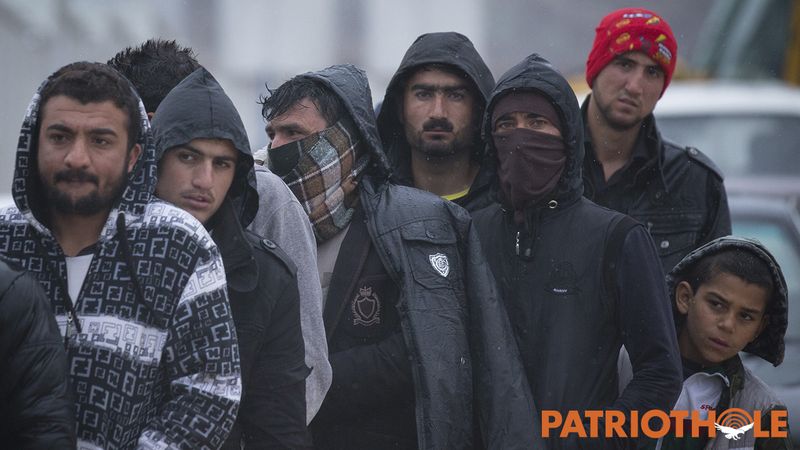 Europe’s leaders think millions of Muslim migrants can be peacefully integrated into their countries, but don’t be fooled by this multicultural myth. These Islamist invaders have no intention of assimilating. Instead, they want to transform their host nations by trapping innocent European women inside the Rape Cube, an immense robotic prison one cubic mile in size that they will build as soon as they acquire the necessary funds and resources.

Why even have national borders if you’re going to let anyone walk in and perhaps figure out how to build a Rape Cube someday?

Although Muslims do not yet have the technology or the billions of dollars needed to construct the Rape Cube, this is what their barbaric ideology calls for. While the rest of the world entered the modern age, Islam clung to its medieval worldview that believes Swedish women should be seized by mechanical steel claws and dropped onto a vast network of conveyor belts that will carry them through the cube to Fornication Nodes where Syrian refugees await to sexually assault them. Under Sharia law, there will be no escape from the Fornication Nodes because they’ll be guarded by flying robots called Jihadrones that can immobilize Swedes with their metallic tentacles.

This is the dark future Europe faces if Muslims make some impressive advances in robotics and secure the necessary financing.

It’s obvious that secular European democracy and the Rape Cube are completely incompatible. Unfortunately, in today’s regime of political correctness, apparently now it’s racist to say that you don’t want a Muslim Rape Cube looming over your country, blotting out the sun with its bulk and using magnetic tractor beams to pull passing cars and airplanes into the cube’s abduction ports so all the women can be extracted.

Liberals want to pretend that Islam doesn’t have a Rape Cube problem, that it’s just a few bad apples who wish they were genius scientist billionaires capable of such a feat of engineering. But if that’s true, why don’t Muslims ever speak out against the Rape Cube? The fact is, the majority of Muslims support building a cubic fortress that can sprout skyscraper-sized legs allowing it to march across the countryside in search of new cities to rape whenever it finishes raping everyone at its current location.

Sadly, it may already be too late to save Europe, but we can still protect America from the Rape Cube. We must stop all Muslim immigration, and if the Muslim U.S. citizens already living here ever build a Rape Cube, maybe we can build a good Rape Cube to fight their evil Rape Cube. Let’s get to work. The fate of our nation depends on it.