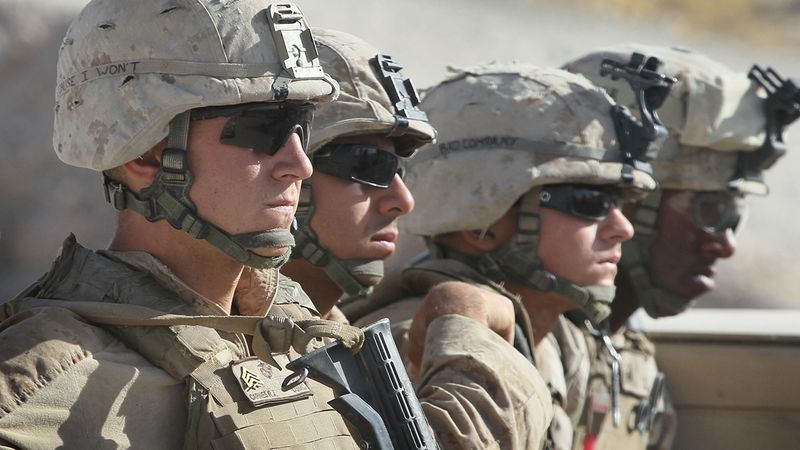 These days, America faces its most troubling threats, both from the outside and the inside. Between terrorist groups like ISIS vowing daily to attack our citizens and our own government seemingly hellbent on infringing on our civil liberties, the American way of life as we know it is in constant danger.

That’s why I believe that, regardless of politics, it’s everyone’s duty to support the troops, and also to support the Second Amendment should the day come when we need to overthrow the government and kill those troops.

At the end of the day, it doesn’t matter what your stance on military action is. You need to remember that our soldiers don’t set foreign policy—they just follow the president’s orders. It’s crucial that you put aside your personal opinions, honor the brave men and women in uniform for their service, and also be ready to exercise your Second Amendment rights to shoot these heroic soldiers if it comes right down to it. Whether or not you support war, every soldier is a hero and a potential threat if the White House ever decides to come for our guns.

…even if I take up arms against the troops, I will stand behind them.

The troops volunteered to protect our freedom, and for that they deserve our respect. Every day, they put their lives on the line to preserve your right to acquire a basement full of powerful weapons to use on them should worst come to worst. Do I approve of everything the military does? No, of course not. Will I lurk in the woods, ambushing patrols of soldiers if necessary? Of course I will. But even if I take up arms against the troops, I will stand behind them.

Leave our soldiers out of your partisan bickering. If critics aren’t brave enough to wear the uniform themselves, then they should shut up and salute the troops, and also collect guns in case the need comes to kill them. But they should never forget their sacrifice.

There’s an old saying that the tree of liberty must be watered with the blood of patriots and tyrants. Our nation’s men and women in the armed forces are the patriots. But, I guess, it’s also possible they could one day be the tyrants. So, let us pray for their safety, unless we’re the ones battling them, which is a distinct possibility. Let us all stand indivisible behind the American flag, unless we stop agreeing with what that flag stands for, in which case we should burn it.

It’s what the Founding Fathers would have wanted.