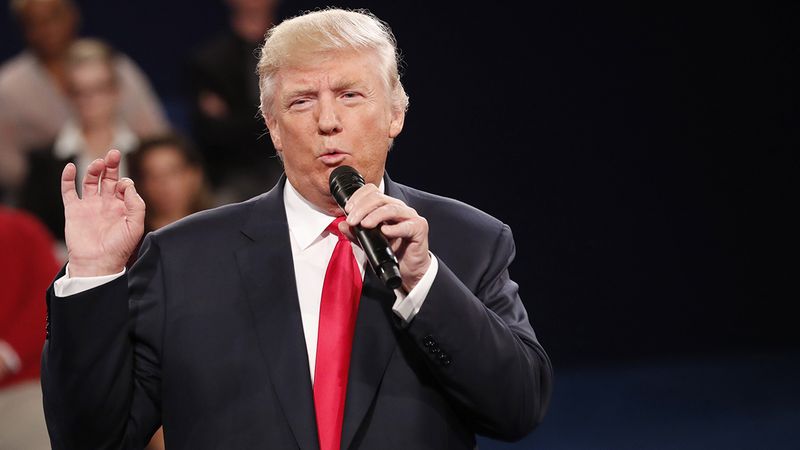 Like most Americans, I was appalled by Donald Trump’s misogynistic comments on the leaked Access Hollywood video. The things he says about groping women and kissing them without their consent are completely indefensible coming from a presidential candidate. As an American voter, and especially as a woman, I quite frankly find it sickening to hear a politician like Trump condone sexual assault instead of just making it extremely easy to get away with.

I’ve listened to Trump’s nauseating comments multiple times, and each time I do I’m struck by how horrifying it would be to elect a man who brags about groping women in the crassest of terms instead of just quietly reinforcing a legal system that turns the process of reporting an assault into a terrifying and humiliating ordeal. I’m sorry, but the cavalier attitude toward sexual assault that Trump explicitly endorses on that tape has absolutely no place in American politics beyond serving as the foundation for a number of pervasive domestic policies passed by Congress.

And yes, I know that Trump has apologized for what he says on that tape, but the fact of the matter is that what he said is unforgivable. Women in this country deserve better than a president who openly brags about sexual assault instead of methodically defunding rape crisis centers, as Governor John Kasich did in Ohio. There are many distinguished American politicians, both past and present, who have shown us that sexual assault is absolutely not something to celebrate; it’s something to perpetrate through legislation and court decisions that blame victims and cut crucial resources for women.

I quite frankly find it sickening to hear a politician like Trump condone sexual assault instead of just making it extremely easy to get away with.

If he wants to undo even some of the damage he has inflicted with his repulsive words, Donald Trump would be wise to follow the golden example of his vice-presidential nominee, Mike Pence, who publicly disavowed Trump’s sexist comments but has also cosponsored a congressional bill that made it significantly harder for rape victims to get abortions. This is the kind of measured, duplicitous leader the GOP needs right now.

With this tape, Donald Trump has proven beyond a shadow of a doubt that he is an arrogant misogynist who seems to think it’s acceptable to verbally denigrate women instead of actually putting his nose to the grindstone and displaying the leadership and poise necessary to systematically disenfranchise them. I simply cannot stand for that. We must hold our leaders to a certain level of decorum when it comes to the ways in which they enable sex crimes, and finally bring some civility back to this election.