It’s Time To Have A National Conversation That Doesn’t Include Input From Celebrities, Because Yikes 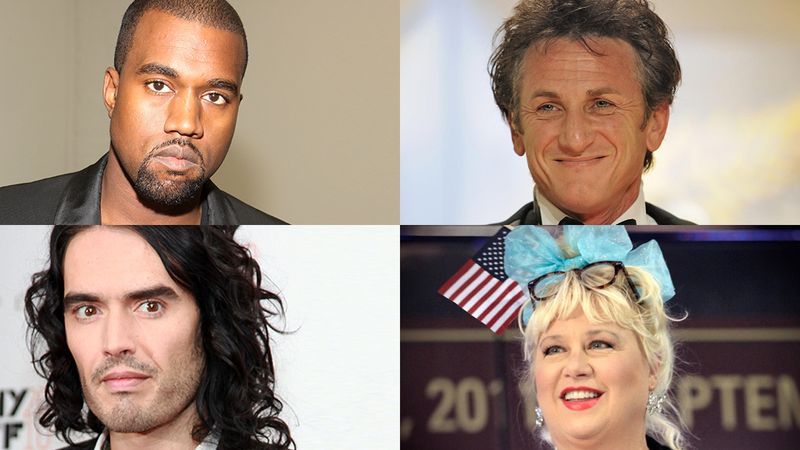 Turn on the TV, and you can tell this country is in trouble. Images of war, domestic abuse, police brutality, and sexual harassment are everywhere. We need an open, honest dialogue between our leaders and regular citizens like ourselves. It’d be great, though, if celebrities could sit this one out, because jeepers creepers. Have you seen some of the stuff they’ve been saying?

For starters, let’s acknowledge, once and for all, that women are not a special interest group in this country—they are our fellow citizens. Their ownership of their bodies should not be up for debate. Least of all by Sean Connery, Jerry Lewis, or Cee Lo Green, because, wow, those guys are out to lunch.

In general, anyone who reached a position of authority by acting or singing should ideally refrain from weighing in here.

We live in a country where all somewhat sane voices—and only those voices—deserve to be heard.

Pressing issues affecting America—like the question of a new war in the Middle East—call for an engaged, cooperative discourse in Congress. We need voices from both sides of the aisle, but not from George Clooney. Not again. We already know where you stand on every issue, George. Let the grown-ups do their jobs.

In the face of fear and uncertainty, it’s more important than ever that we’re honest and forthright—all of us except celebrities need to join in. That means news outlets and individual citizens, but certainly not Chris Brown telling his 14 million Twitter followers that Ebola is a government conspiracy to control the population.

We live in a country where all somewhat sane voices—and only those voices—deserve to be heard.

Did you see that footage of Seth Rogen testifying before Congress? It’s so distracting that I don’t even remember what he was talking about. I’m sure he did his best to be articulate and well-researched, but it felt like watching a talking dog. If Mr. Rogen wants to serve his country right now, the best way to do that is to raise our spirits with a YouTube video where he farts into a balloon.

If it absolutely must, maybe the balloon could say “Vote” on it.