Jesus: This Dog Is Getting Scratched Super Close To Its Dick 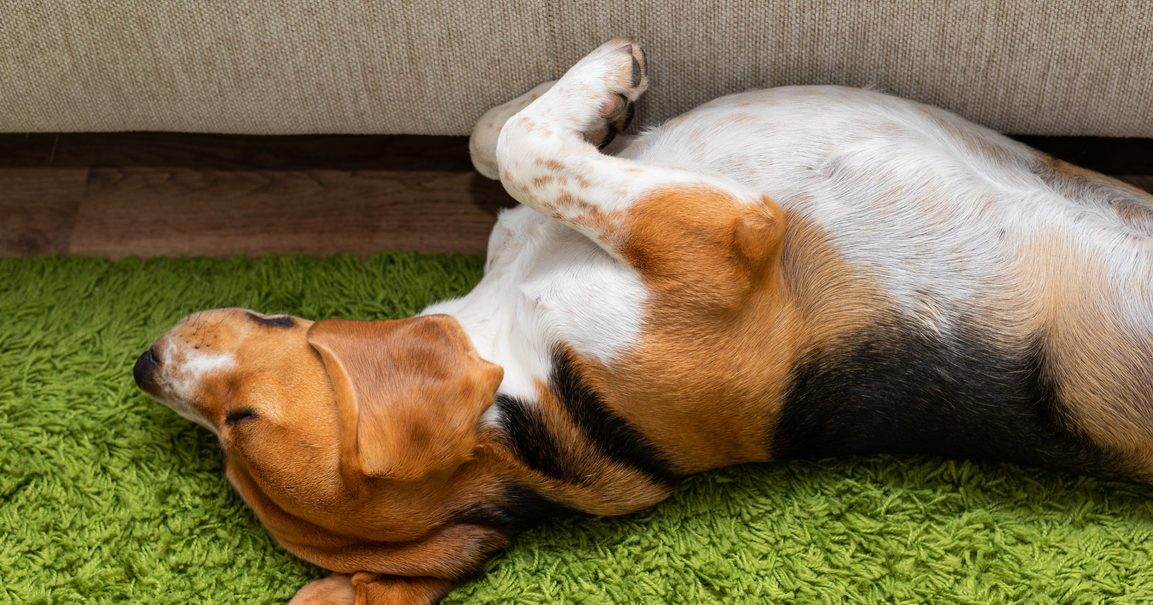 Ah, yikes. There’s something a bit concerning going on right now that’s definitely worth keeping an eye on: this dog is getting scratched super close to its dick.

Hoo boy. Gotta be careful when you’re in the danger zone like that.

With his eyes closed in an expression pure puppy ecstasy, it’s clear that the dog, a two-year-old beagle named Gizmo, is thoroughly enjoying the nice long belly rub he’s receiving, and you can only assume it’s because his owner is unwittingly scratching him in a more private region of the belly that doesn’t normally get much attention. The owner, preoccupied by a TV show he’s watching, has been absentmindedly letting his hand wander closer and closer to Gizmo’s hairy little wiener for the past 10 minutes or so, with a couple of his fingers now squarely scratching in that no-man’s-land where the skin gets extra stretchy and a there’s a slight upward slope marking the genitals’ point of emergence.

Indeed, the proximity and vigor of the scratching is now such that Gizmo’s entire packaging is noticeably wiggling a little, with his owner maddeningly oblivious to the fact that his knuckles keep veering within mere inches of the tiny droplet of golden pee shimmering at the tip of the dog’s wang. While Gizmo’s inner dick remains in its fuzzy sheath for now, one can easily imagine how the troubling adjacency of the owner’s hand could at any moment cause the crimson cone to slither out of its repose and present its inflamed rigidness for all to see. But hopefully this does not happen!

Seriously, guy. We’d all appreciate it if you could just move your hand a couple inches up towards the collar so you don’t accidentally treat your pup to a handy. Gizmo already spends most of his free time aggressively licking his dick anyway, so he really doesn’t need any additional stimulation. Leave the dick stuff to him and maybe focus your energy on the sweet spot behind his ears, instead.