Joining The Resistance: This Woman Marched With The Florida Teens Because She Thought She Was At Mardi Gras 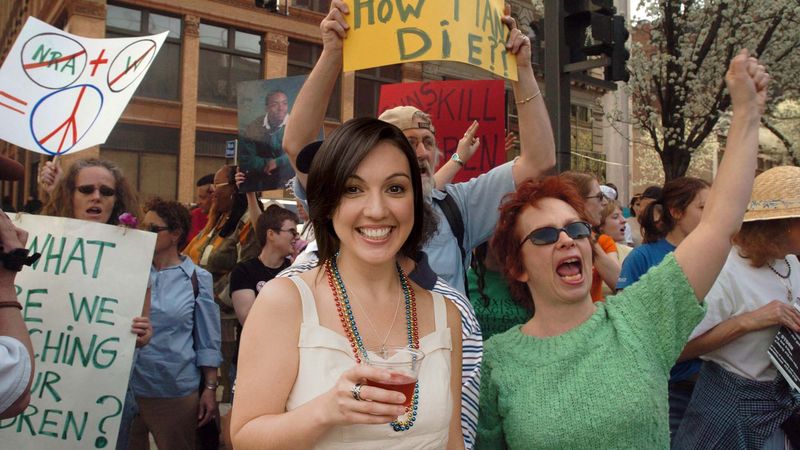 Here’s an uplifting story that proves the push for common sense gun reform is gaining support from people of all backgrounds and walks of life: This woman marched with the Florida teens at the March for Our Lives this past Saturday because she thought she was at Mardi Gras.

Awesome. What a powerful statement for this woman bedecked with Mardi Gras beads to walk alongside these incredible teens.

From the moment the march started last Saturday, 38-year-old Gabby Kessler proudly added her voice to the Florida teens’ by shouting “Mardi Gras, baby!” as she followed the protest crowd through downtown Washington, D.C. “I just love the French Quarter,” this newest member of the #Resistance said with a smile as she walked down Pennsylvania Avenue with the 800,000 other protestors. Showing her solidarity, Gabby even walked arm in arm with some teens chanting “Never again,” a phrase she mistakenly thought was in response to being sober.

Despite unknowingly being more than a month late and several states away from where the Mardi Gras celebration takes place, it’s truly inspiring that Gabby spent hours dancing half-drunkenly in the middle of a group of high schooler activists as they tried to listen to a survivor speak to the crowd. With a margarita in one hand, she fully embraced the teens’ call for stricter gun control by waving a “No More Guns” sign she found on the ground in hopes of getting thrown some beads, despite no one in attendance having any. And by late afternoon, as the crowd of students finished its march, the deeply mistaken woman was calling for the crowd of protesters to head down to Bourbon Street to keep the party going. If Gabby wasn’t totally blackout-drunk the entire afternoon, there’s no question that she will never forget her experience with these inspirational teens.

Simply amazing. By accidentally marching with the teen protesters because she thought she was at the Mardi Gras festival, this woman joined a powerful movement and helped bring attention to a seriously important issue. Right on!