Lame As Hell: The Secret Door Behind The Bookcase In This Manor Just Leads To A Redbox 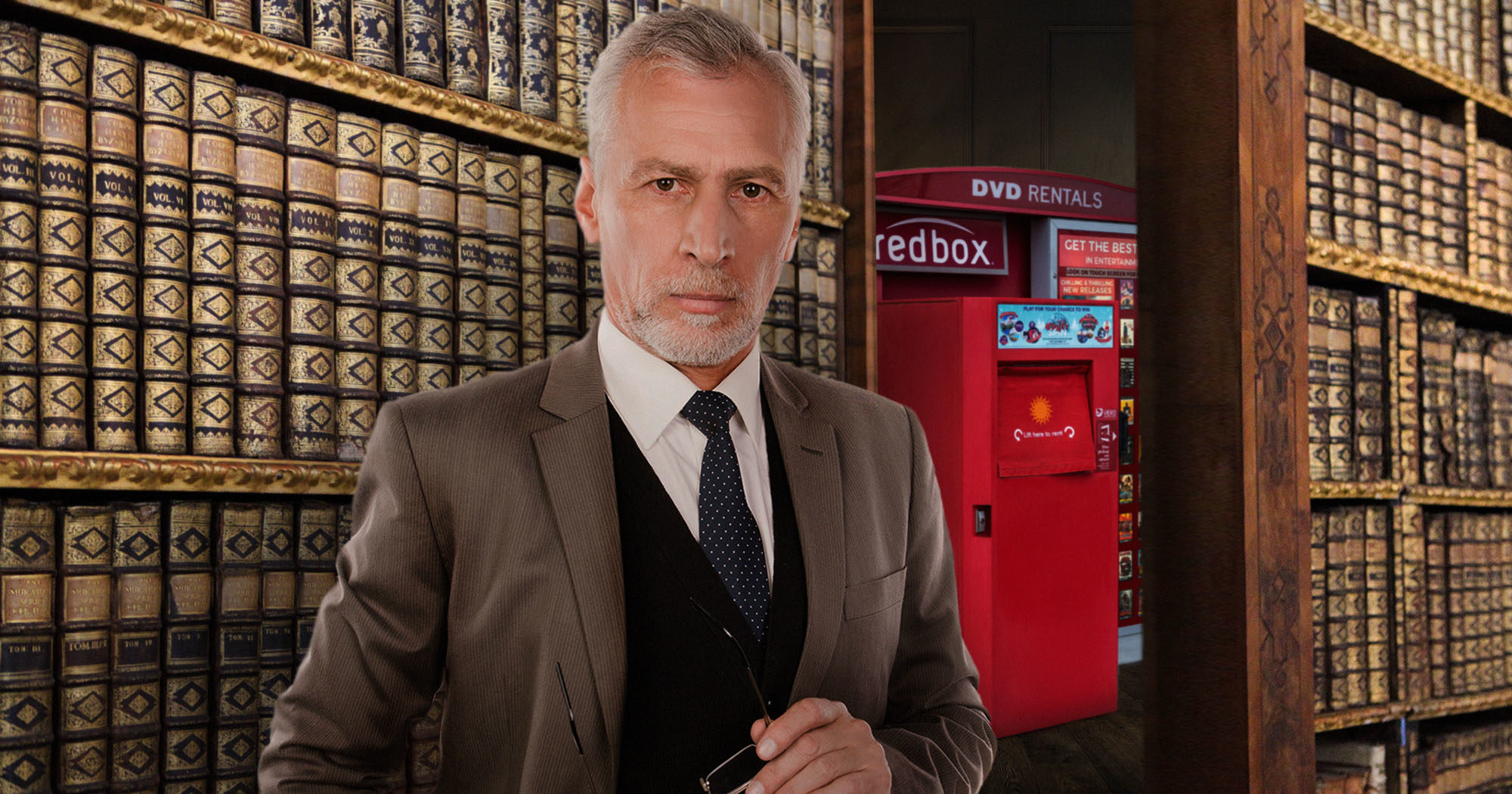 The 75 acres that make up the sprawling Ainsley Estate are full of fascinating delights and mysteries, but what could have been one of its most captivating features has unfortunately turned out to be pretty fucking lame: the secret door behind the bookcase in the Ainsley manor library just leads to a Redbox.

Wow. What a letdown.

Hundreds of years ago, when the Ainsley manor was first built, its owner installed a secret door in the home’s private upstairs library, which opens onto a dank, cobwebby hallway. It’s the kind of place where you might find a safe full of jewels, or a secret lair, or a dungeon full of captive enemies, but instead, all the Ainsley family has ever kept there is a stupid Redbox kiosk. Many a curious maid or sneaky houseguest of the Ainsleys’ has surely gasped in shock when they entered the library, innocently grabbed the lever disguised as a copy of The Pickwick Papers, and watched in wonder as the bookshelf swung open like a door into another world. Sadly, their surprise must have been immediately followed by a overwhelming disappointment as they realized that the only thing sitting behind there is a DVD vending machine featuring copies of films like Jumanji and Gemini Man that the user can rent on DVD for $1 or Blu-Ray for $2.

Of all the things to put back there, a Redbox? Pathetic.

Worse still, the Redbox is not even privately owned by the Ainsley family — the family members themselves still have to pay for each movie they rent using a credit or debit card. And every so often, an unlucky visitor will attempt to open the secret passageway while the Redbox maintenance guy is in there, and have to stand there for ten minutes while he loads new DVDs and services the machine. There is perhaps nothing more thrilling than stumbling upon an old secret door you were never meant to know about, and there’s about nothing worse you could find inside than the big stupid red movie machine that they usually have bolted to the wall in a CVS parking lot.

Man. This sucks. There’s not even one skull or secret diary in there. Just DVDs of movies that you can stream for less money online.

The Ainsley estate still has its charms, and there are many dank and scary areas like the wine cellar and the groundskeeper’s shed to explore, but this secret passageway is a major bust. Let’s hope they put this Redbox in the dumpster and find something way cooler to keep back there!