Lessons From A Master: Check Out Gregg Popovich’s 5 Basketball Tips For Young Players 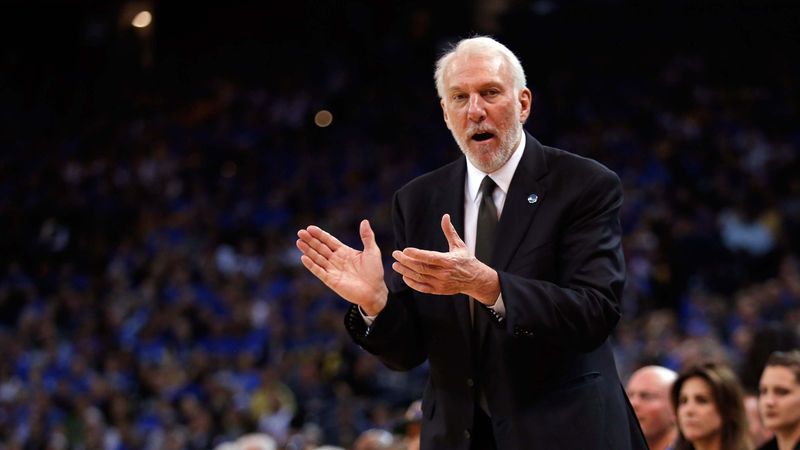 Whether you know him as “Pop,” “Coach,” or simply “67-year-old San Antonio Spurs coach Gregg Popovich,” the NBA’s longest-tenured coach is a well of knowledge and wisdom. Read on to learn the five biggest pieces of advice he has for budding basketball players.

1. Smart Defense Is Good Defense: “Reach out and ask your man how to guard him. I know the older players seem intimidating, but I guarantee you they’ll be grateful for the chance to talk about their strengths, their weaknesses, and how you can exploit them on the court. Send him a quick email before the game, and keep asking questions on the court—things like, ‘Are you about to shoot it?,’ ‘Can I steal the ball now?,’ and, of course, the most flattering question in the English language, ‘How do you do basketball?’ It’s the only way you’ll learn.”

2. Weigh Your Options: “Do not rush the shot. Before you take any shot, think, ‘Could I create a better shot with a pass? Would the shot even go in if I took it? Am I even good at making shots? Am I a fraud, and if so, why haven’t my teammates found me out yet?’ Gauge your teammates’ opinions by putting together a demo version of the shot and explaining what would happen if the shot went in, leaving time at the end for questions about what would happen if the shot didn’t go in. Bring up the possibility of getting a rebound. Then once everyone has had their say, it’s time to make the call: Do you take the shot or not? That answer is yours to discover.”

3. Keep Your Priorities Straight: “Be someone who plays the game for the right reasons. Anyone who’s just here to chase championships, wins, achieving a deep oneness with your teammates, stats, points, or being a positive role model for young people isn’t going to last long in this league.”

4. Study The Situation: “After every play, approach the referee and make the ‘traveling’ sign. If you’ve ever played on my team, you know this already, and you know it doesn’t matter who you are—the moment the ball is dead, you’re going to the sideline, blocking the referee’s path, and making the revolving hand motion that means ‘traveling.’ I can’t tell you how much of our practice time is taken up drilling the guys on this technique. It’s not always going to work in a game setting, but nine times out of 10, the ref’s going to blow that whistle, and we’re going to get possession. Over the course of a game, that adds up.”

5. Don’t Overthink It: “There’s a reason I draft a lot of foreign players: In America, basketball is very popular, but in other countries, it’s considered a frivolous game on par with tic-tac-toe. One of my players, Manu Ginobili, thinks of basketball purely as something he does in his free time outside of his regular job as an air traffic controller. He has no idea why thousands of people watch basketball games, but this gives him a tremendous advantage: It completely takes the pressure off. Last time I talked to Manu, he said he always assumed that those people happened to be in the arena because they were waiting for a movie to start. I never tell any of my foreign players how seriously America takes basketball. They must never find out, or they would wilt under the scrutiny of the public eye. So, what I would say to young players is this: If you don’t yet know that basketball is very popular, do not find out.”