Let’s Hear Him Out: 3 Fairly Plausible Explanations This Toddler Is Giving For Why There’s Shit All Over The Walls Of His Room 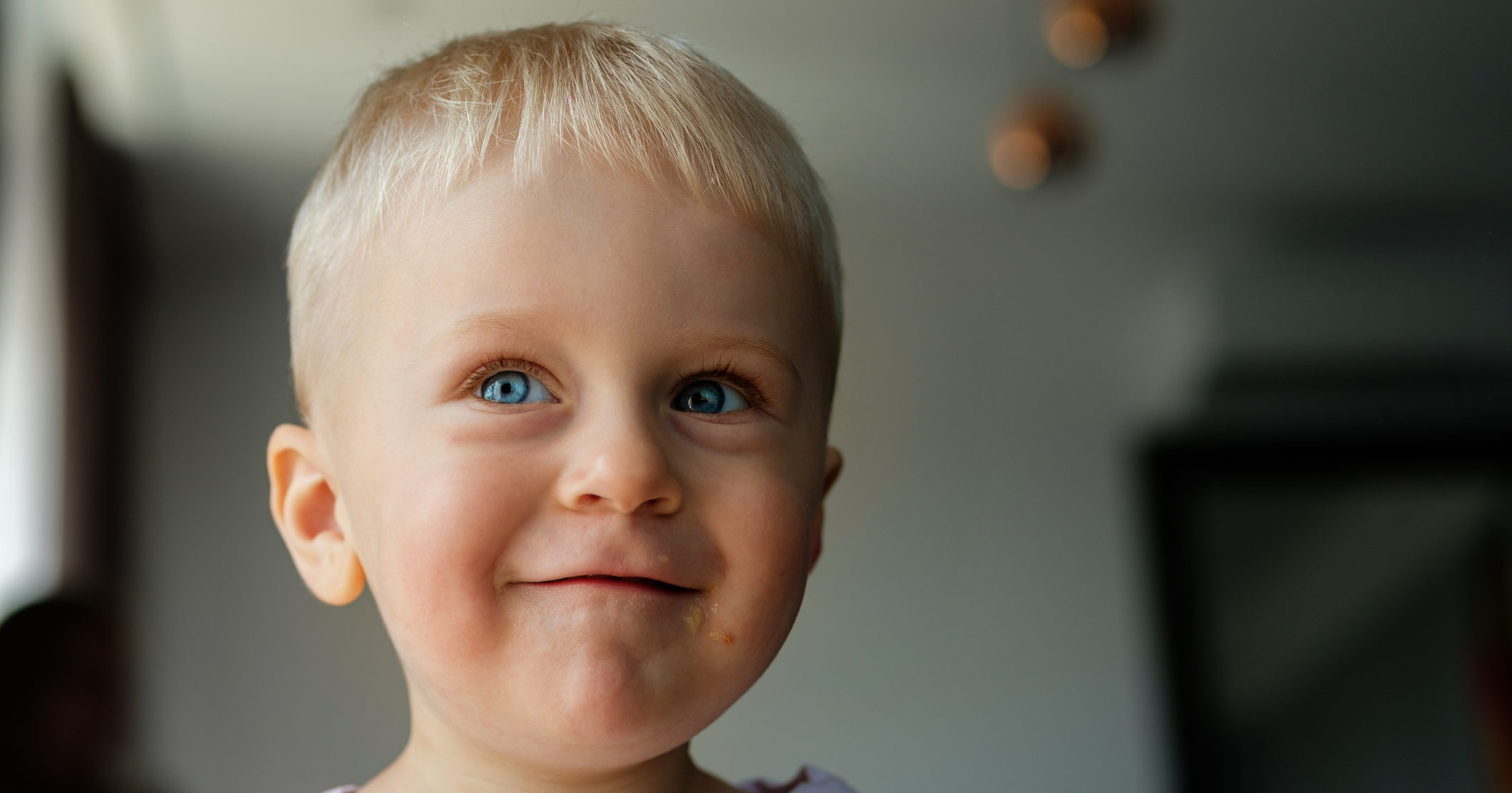 Right after nap time, three-year-old Ryder’s mom walked into his bedroom to find Ryder standing silently in the middle of the room, where there were streaks of shit smeared on all four walls. Ryder has since offered several explanations as to why this happened, and honestly, we think it’s only fair that we hear him out. Here are three fairly plausible explanations he’s giving for why there’s shit all over the walls.

It didn’t take long after Ryder’s mom discovered the shit on the walls for Ryder to offer up his first potentially above-board explanation of the event, claiming with a totally straight face that “GRANDMA LINDA DID IT.” Now, before dismissing this outright, it’s worth considering the not-that-far-fetched notion that Grandma Linda, who is very old, might’ve smeared shit on the walls while in the throes of a senility episode, potentially believing that she was painting the walls in order to be helpful. After all, just last week she completely forgot where she parked her car at the mall, so there is certainly some evidence to back Ryder’s insinuation that her decaying mind has left her predisposed to unusual behavior. To be clear, it’s likely that Grandma Linda did not, in fact, smear shit on the walls, but it’s definitely within the realm of possibility, so if Ryder happens to have any additional evidence to suggest that his grandma committed the crime while he was napping, we’re all ears.

2. There is actually not any shit on the walls

Here’s another one of Ryder’s theories that merits at least a bit of consideration. When his mom leaned down to him and asked “What really happened in here, Ryder?” he simply giggled and whispered “Nothing.” His response seemed to indicate that there might in fact not be anything out of the ordinary on the walls, and what Ryder’s mom perceived to be the sight and smell of human excrement was actually some sort of clever optical/olfactory illusion. Even when Ryder’s mom pointed straight at a foul ribbon of shit above his crib and asked “What’s this?” Ryder stuck to his guns and simply said “crib”—so it’s not entirely out of the question that Ryder’s mom is experiencing some sort of extra-sensory perception, or perhaps even having a stroke that’s causing her to see and smell things that aren’t there. Again, this is merely a theory that a baby came up with, but we can’t say it’s entirely without merit.

Another explanation Ryder offered, which we are more than willing to weigh and consider, is the fact that there should be shit on the walls since it looks nice, like a picture. Since his mom first stumbled on the crime scene, Ryder has said “I was drawing” multiple times in reference to the shit, at one point even adding, “Look, Mama, stripes,” as if to suggest that the shit brings positive decorative value to the room. He also mentioned that “it’s brown, like the chair,” referring to the rocking chair in the corner, which is absolutely true and does create a sort of color harmony that did not exist before. The idea that there is design merit to the color, placement, and general aesthetic of the shit is not totally ridiculous. If Ryder is able to show us some visual references or maybe a photoshop of what a room could look like if intentionally decorated with feces, we’d be willing to consider this argument more seriously. Though he’s in timeout at the present moment, once his 15 minutes of punishment are up, we’d be open to seeing any additional evidence he’d like to put forth in support of his claims.