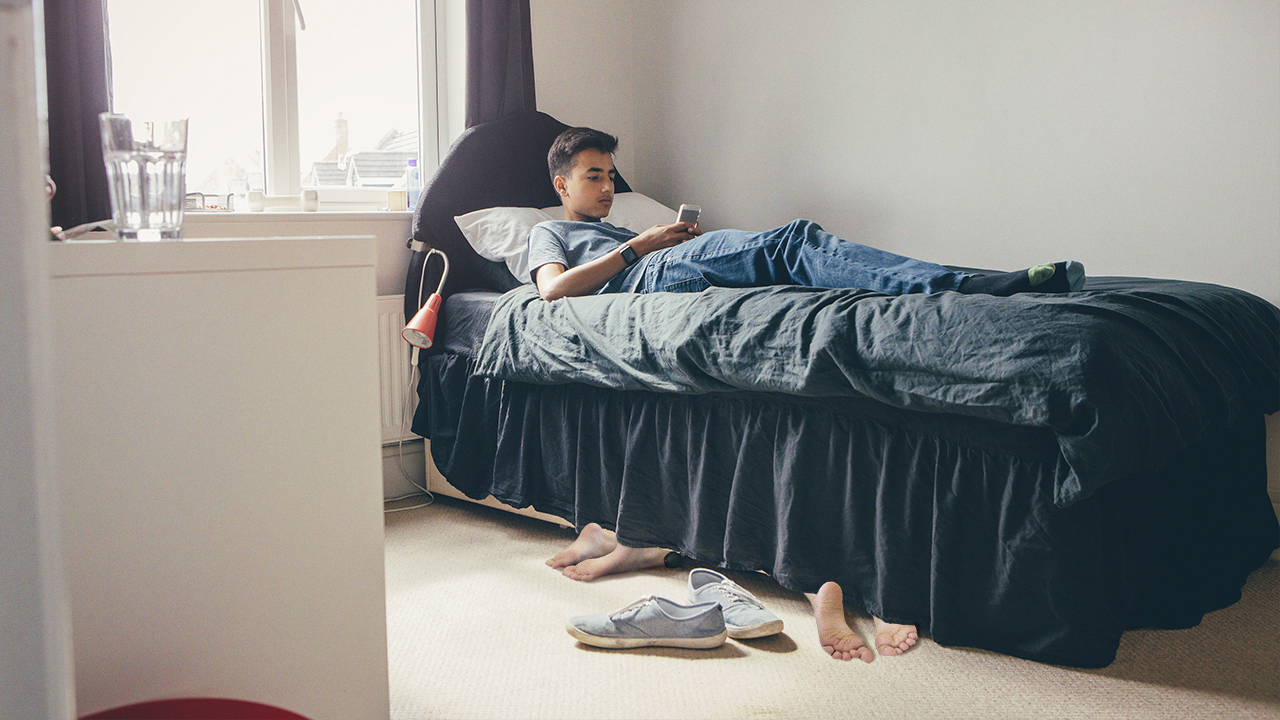 As much as some parents want to believe that their children will always be their little babies, the fact is that all kids eventually grow up, and one woman just learned that lesson the hard way: This mother just found a stash of pornographic actors under her 12-year-old’s mattress.

Oof. They grow up so fast, don’t they?

Earlier this week, Ellen Ford of Fishers, IN was cleaning her seventh-grade son Zach’s bedroom when she heard a strange rustling coming from his bed. After lifting his mattress to investigate, she was shocked to discover that six incredibly hot porn stars had been neatly hidden away like sardines, each of them oiled up and ready to fuck. She quickly put the mattress back and pretended she didn’t see anything, but as she went about the rest of her day, it became harder and harder to ignore the obvious reality that her sweet boy was getting older and more curious about his body, leading him to start keeping cum-crazed vixens and studs from the adult film industry in his bedroom to help him cope with his budding sexuality.

While Ford knew that it was perfectly natural for kids Zach’s age to want to explore all the newfound feelings that come with puberty, it was still incredibly startling to see a ridiculously buxom Nicole Aniston and fully erect James Deen striking raunchy poses in the exact spot where, not too long ago, her son was spending all his time building LEGO models and playing with action figures. It initially angered her knowing that her seemingly innocent little guy had been secretly harboring a living pile of silicone-enhanced fuck goddesses and horse-cocked beefcakes under her roof, but she slowly came to terms with it and decided it would be best to just talk to Zach openly and honestly about it to ensure that he knew how to make healthy decisions about sex.

Kudos to Ford for handling the situation with such poise and understanding. While it’s definitely a tough topic to broach, talking to your children about sex while they’re still young is critical to their healthy development, and now Zach can navigate those awkward teenage years with confidence knowing that it’s okay to be curious about sex and that there’s no reason for him to be ashamed.