Luckiest Man Ever? This Veterinarian Was Performing An Autopsy On A Pig And Found A Whole Peanut Inside Of Him! 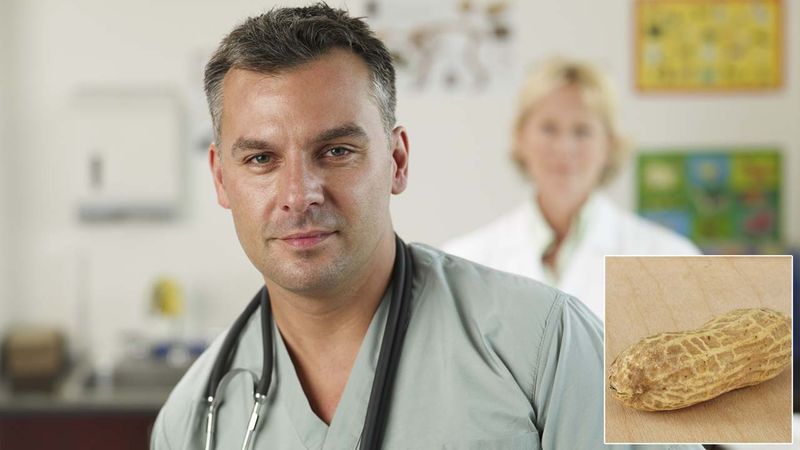 Plenty of jobs have their perks, but Dr. Martin Turner’s just paid off big time. A practicing veterinarian for three decades, Dr. Turner was in the middle of autopsying a hog when he discovered something incredible: a whole undigested peanut in its stomach.

Wow! Talk about a lucky break.

“He must have swallowed it whole,” said Turner, who immediately placed the peanut in a separate tray from the rest of the pig’s stomach contents. “The shell is completely intact. Because it is my practice, I am allowed to keep the peanut, and I think I will.”

Best day ever? In over 30 years of working with animals, Dr. Turner’s never struck gold like this.

“I once found a paper clip in the colon of a dead rabbit,” said Turner. “It was green, which was interesting, but I threw it away. Otherwise, it’s mostly feed.”

So, what’s next for the luckiest man alive?

“Just another work week,” said Dr. Turner with a chuckle. “There are still plenty of animals that need my help. Still, a surprise now and then keeps the job fun.”

Looks like we have a new frontrunner for understatement of the year. You go, doctor!