Lucky Break For Wendy’s: A Woman Found A Dead Rat In Her Wendy’s Fries And She’s Absolutely Ecstatic About It 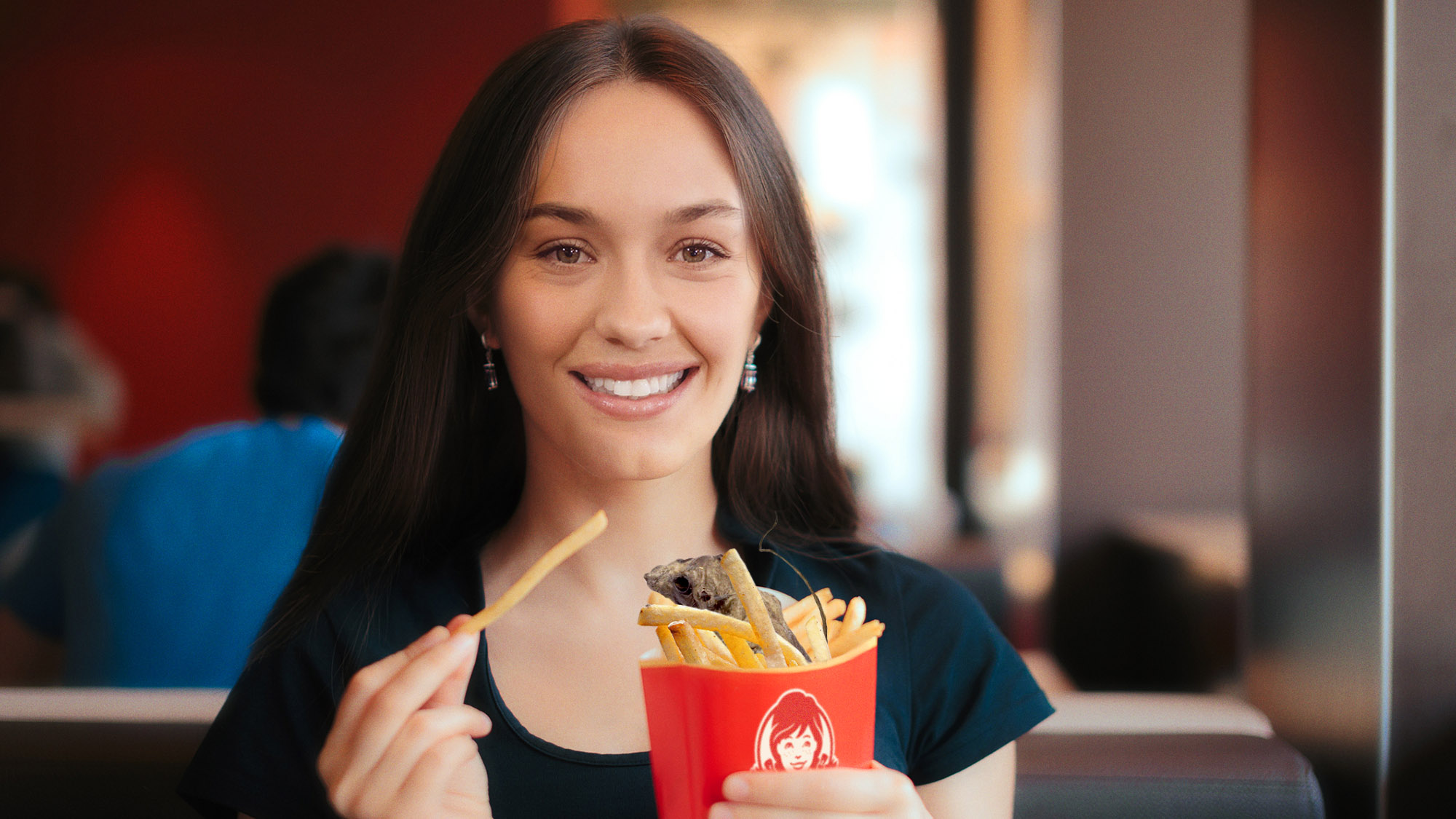 The unexpected situation that took place at a Tuscon Wendy’s today could have been a major PR disaster for the restaurant, but fortunately, it looks like Wendy’s totally dodged a bullet: A woman found a dead rat in her order of Wendy’s fries, and she’s absolutely ecstatic about it.

Whew! That was a close one.

Whitney Corben, a 34-year-old Tucson resident, was grabbing a crispy chicken sandwich and a medium order of fries for a quick lunch at Wendy’s when something unusual happened: She got back to her table and realized that her box of fries contained the deep-fried corpse of what was clearly a rat. Corben immediately whipped out her phone and snapped a photo, but fortunately for Wendy’s, she was documenting the experience out of joy rather than horror. “Best. Day. Ever. Free rat in my fries at Wendy’s! Tail and eyes are intact and everything! Glad I decided to eat out today! #LuckyMe #Score,” Whitney tweeted out, adding that finding the rat was “just what she needed” to get through what was shaping up to be a hectic workweek.

This is definitely the best possible way this could have gone for Wendy’s!

Wendy’s corporate braced themselves for legal repercussions after hearing about the incident, but when Whitney called their customer service line to discuss it, all she did was thank them for giving her “a totally complimentary dead rat that made me smile from ear to ear.” And though Whitney’s post on twitter has garnered thousands of retweets, she has been nothing but complimentary of the company, following up with another tweet reading, “This is NOT the kind of experience you get at McDonald’s or Denny’s—Wendy’s just became my #1 favorite restaurant!”

Wow. What a fortunate turn of events. This is the kind of incident that can tank a company’s business, but it totally worked out in Wendy’s favor. Let’s hope they either deal with their rat problem or get this lucky again next time!