Lucky To Be Alive: Harrison Ford Is In The Hospital After Kissing A Lady That Turned Out To Be A Stack Of Dynamite In A Dress 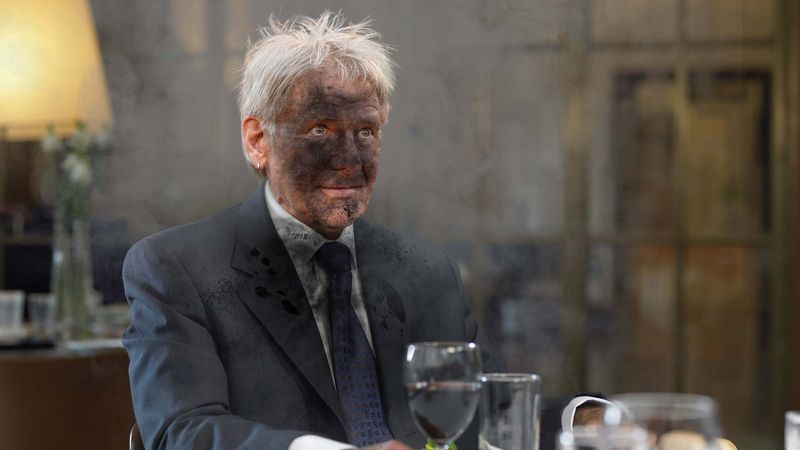 Well, this was almost a real tragedy.

Harrison Ford is currently in the hospital recovering from injuries he sustained while attempting to kiss an attractive woman that turned out to be a pile of live dynamite in a dress. According to reports from witnesses, the dynamite exploded right as the silver-screen legend was in the middle of giving it numerous loud, wet smooches.

While details of the incident remain hazy, what we do know from health-care officials is that Harrison Ford was sitting alone at a table in a trendy L.A. cocktail bar Sunday night when he spotted what he thought was a beautiful woman wearing a sequined ball gown and a pearl necklace on the other side of the room.

Eyewitnesses claim that Ford’s jaw fell all the way to the floor with an audible thud. His eyes then launched out of his head and draped themselves across his table like two long, limp sausages before recoiling back into their sockets like rubber bands. The Indiana Jones star then howled like a wolf and repeatedly slammed his face into the table as hard as he could before howling like a wolf once again.

While he was howling like a wolf, the A-list actor’s head reportedly stretched out so that it looked like an actual wolf’s face.

Unfortunately, things took a turn for the worse when the fuse ran out and the dynamite detonated. According to emergency responders on the scene, the Star Wars actor suffered severe third-degree burns and was found repeatedly muttering the words “What a woman!”

Despite his brush with death, Ford is reportedly attempting to stay positive while he heals. A tweet this morning from Ford’s son indicates that the Blade Runner star is looking on the bright side and committed to making a full recovery:

Hope you feel better soon, Harrison! We’re all pulling for you!