Major Breakthrough: Scientists At MIT Have Trapped Cancer Underneath A Bowl 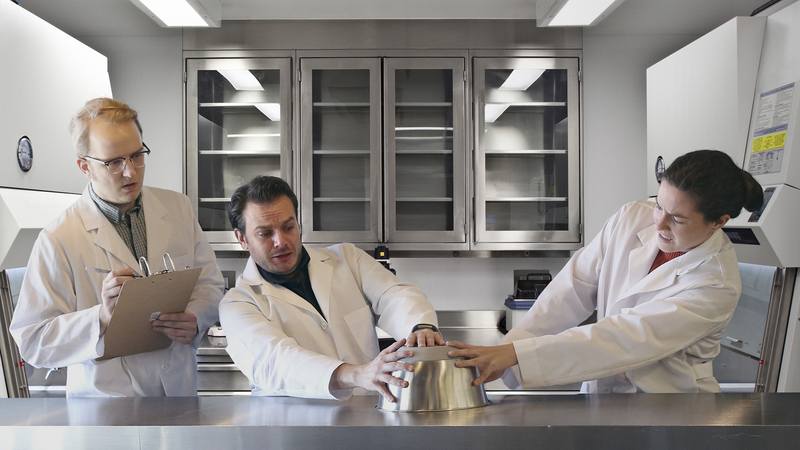 Well, this is officially the best news you’ll read all day! After decades of research, we’re officially closer than ever to finding a cure for one of the most deadly disease on earth: Scientists at MIT have made a major medical breakthrough and have trapped cancer underneath a bowl!

So much yes! This could be the end of cancer as we know it!

The miraculous development was reportedly made last week, when five scientists in MIT’s Koch Institute for Integrative Cancer Research stood together and corralled cancer into a corner while one of their colleagues ran to the kitchen to get a bowl to trap it with. After finding an empty glass tupperware that one had brought their lunch in a few days prior, they stuck it over cancer and held it firmly in place.

While there’s some disagreement in the scientific community about whether cancer should be squished or just left alone and starved to death, scientists unanimously agree that this is the first step toward eradicating the deadly disease!

“Now that we have trapped cancer under a bowl, we’ve taken every precaution to prevent its escape,” said Dr. Michael Walden, lead researcher of the MIT lab, who emphasized that cancer had tried to get out through a crack in the bottom but could not. “My colleague currently has his foot firmly on top of the bowl, and as soon as we find something heavy to put on top of the bowl, like a brick or a big book or something, he can take his foot off.”

Wow, this incredible breakthrough is going to change the lives of so many people affected by this terrible disease. Now that cancer is trapped, let’s just hope that scientists can slide a piece of paper underneath the bowl, flip it over, and get the lid on before it escapes so they can keep cancer there for good!