Major Disappointment: Last Night’s Memorial Concert For Tom Petty Only Had Enough Money For A Hologram Of His Foot 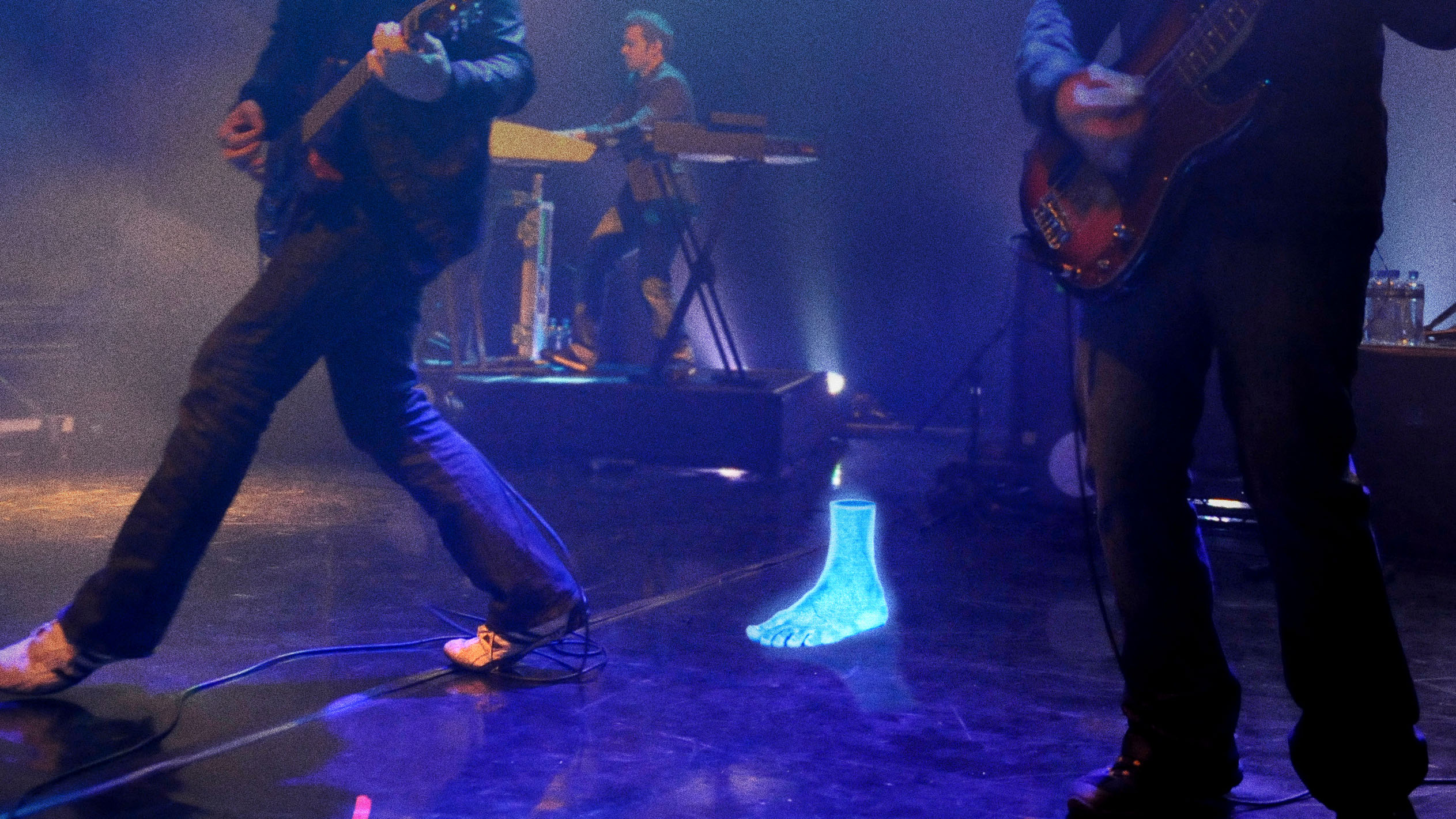 Since Tom Petty passed away in 2017, music fans all over the world have been rushing to pay tribute to the rock legend and keep his memory alive. Unfortunately, a recent high-profile event held in Petty’s honor was so underwhelming that it left many Petty fans feeling completely disheartened: Madison Square Garden held a memorial concert for Tom Petty last night, but the event’s producers only had enough money for a hologram of his foot.

Yikes. This has got to be a major disappointment for Tom Petty lovers all over the world.

About an hour into the “Last Dance With Tom Petty” memorial concert, during which popular musicians such as the Flaming Lips and the Foo Fighters covered some of Petty’s most popular songs, members of Petty’s former band The Heartbreakers took the stage to thunderous applause. Guitarist Mike Campbell then grabbed the microphone and shouted, “Ladies and gentlemen, we have a very special guest here tonight! Please welcome, Mr. Tom Petty!” The crowd went absolutely wild as a spotlight fell on a hologram of a single disembodied foot flopping around on stage like a fish. Within seconds, the audience’s cheers had turned into boos and screams of horror.

This is just devastating. Everyone who attended that concert hoping for a memorable tribute to Tom Petty must have felt completely let down by this shameful display.

According to those present at the show, the surviving members of the Heartbreakers looked visibly disturbed to see Tom Petty’s foot thrashing around on the stage, but nevertheless launched into a rendition of the hit single “American Girl” in which the hologram of Petty’s foot hopped and wriggled mutely in front of the microphone. The foot was unable to produce any vocals, and fans were forced to settle for an instrumental version of the song as they watched the iconic singer-songwriter’s solitary appendage convulse on the stage completely out of rhythm with the rest of the music.

Concert organizers claim that they were not able to afford a full holographic rendering of Tom Petty due to the high cost of organizing a large arena show at Madison Square Garden, but many fans have suggested they could have saved money if they hadn’t paid to have a hologram of a janitor sweep the hologram of Tom Petty’s foot into a dustbin and throw it into a holographic garbage can once the song was over. Critics have also pointed out that the event’s organizers seemed to have had no problem finding the money for an entire holographic animation in which the garbage can containing Tom Petty’s foot ascended to Heaven where several holographic angels welcomed it with joyful song.

There’s no way to sugarcoat this: It definitely seems like the people in charge of putting together this concert screwed up big time. A legendary musician like Tom Petty deserves a better tribute than just a holographic animation of his foot. Here’s hoping someone finds a better way to honor his memory sometime soon!