Major Disappointment: These Parents Played Their Baby Classical Music In The Womb And He Was Born With A Long White Beard But Is Still Dumb As Hell 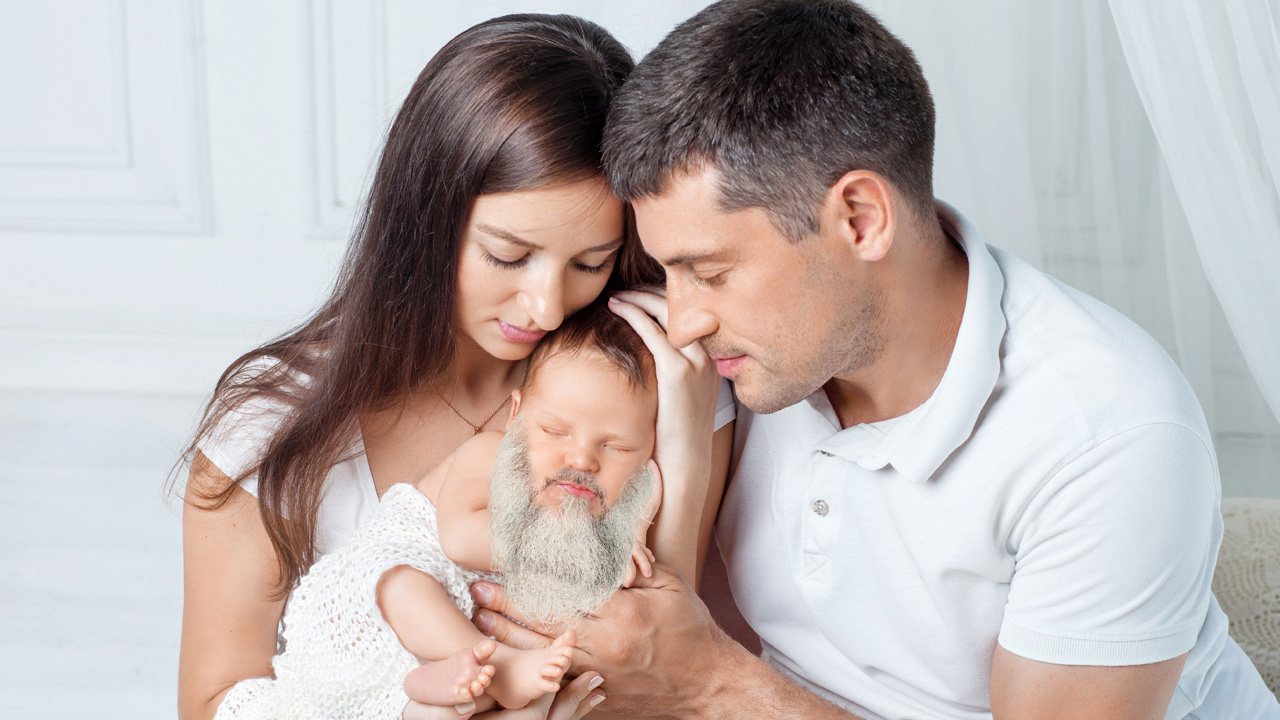 All new parents worry about finding ways to give their children every possible advantage in life, but despite the purest of intentions, sometimes things just don’t work out exactly the way you envision: These parents played their baby classical music in the womb, and he was born with a long white beard but is still dumb as hell.

Wow, this is definitely a major letdown for these parents! Your heart just breaks for them.

When young parents-to-be Melissa and Antonio Meyers started a nightly routine of playing an hour of classical compositions to their unborn child during Melissa’s third trimester, they were hoping their baby would develop some advanced cognitive skills, but sadly when their son Aiden was born, all they got was a baby with the flowing, white beard of an old wizard and no sign of any special intellectual skills.

While the Meyerses were hopeful that the Gandalf-style beard meant that their newborn son would possess the secret, arcane wisdom of an ancient sorcerer, but if anything, their little bearded baby seems to have less intelligence than the average newborn, judging purely by the amount of time he has already spent thoroughly licking his own hands and waving his white beard around like a whip. Sometimes he uses it to knock glasses and plates off the kitchen table before immediately spitting up all over himself.

Sadly, Aiden may look smart because of his facial hair, but listening to Mozart in the womb has clearly turned this baby into one of the stupidest kids of all time, who is most likely going to grow up to be a completely insufferable dumbass who swings his long wizard beard around over his head just to get attention. His parents really blew it.

Yikes. It’s admirable that the Meyerses really tried to do a good thing for their baby, but it’s unfortunate that all the Mozart they played for him just turned him into a moron with the beard of a 100-year-old mage. It just goes to show that even when we think we have all the answers, there’s no surefire rule book for perfect parenting, and you never stop learning!