Major Flub: Dave Matthews Band Has Been Jamming On The ‘Ants Marching’ Riff Onstage For 3 Weeks While Dave Tries To Remember The Fiddle Player’s Name And Finish Introducing The Band 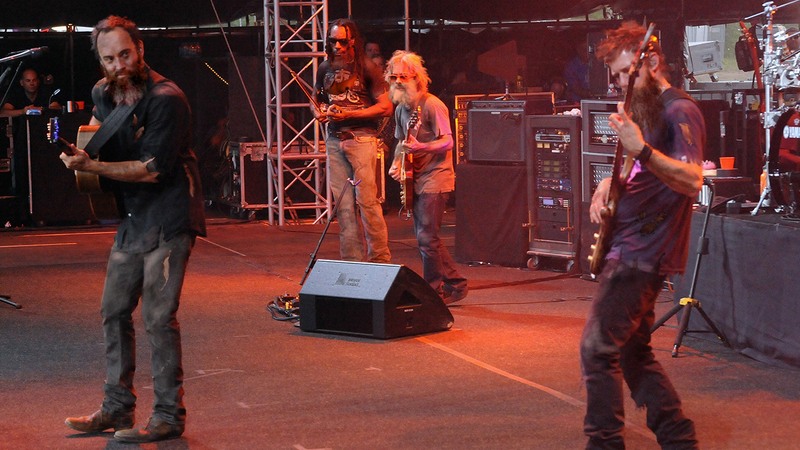 When the Dave Matthews Band took the stage to kick off a sold-out show at the BB&T Pavilion in Camden, NJ earlier this month, there was no reason to believe that the night would be any different from the rest of tour, until things took an unfortunate turn. About halfway through the concert, when Dave began introducing his bandmates, he completely blanked on the fiddle player’s name and has been jamming on the opening riff to hit song “Ants Marching” for three weeks while he struggles to remember it.

Yikes. Talk about the nightmare scenario.

Having already introduced his drummer and bassist to the crowd before giving them each time for a little solo and a short applause break, Dave’s eyes fell onto his longtime fiddle player and then immediately glazed over. The consummate professional, Dave continued to play the “Ants Marching” riff over and over, while staring at the jamming fiddle player with his eyebrows furrowed the entire time, trying his best to remember what the hell the guy’s name was.

The show has now been going for three weeks strong, and no matter how frail and emaciated Dave and the band are beginning to look, Dave’s a professional, and he’s not going to end the concert until he remembers his fiddle player’s name. Unfortunately, after nearly a month spent jamming on the “Ants Marching” riff, the closest Dave has gotten to introducing his fiddle player has been pointing at him while shouting, “The one, the only,” over and over before eventually trailing off and launching into a three-day-long guitar solo while the band continued to play the song’s opening chords. It’s absolutely devastating to see an iconic musician like Dave Matthews make this kind of major flub onstage!

There’re no two ways about it: Dave is really struggling up there, and after three weeks, he’s showing no signs of remembering his fiddler player’s name. The crowd’s been rocking out to the “Ants Marching” riff for three continuous weeks, but it’s not clear how much longer they’ll be willing to listen before they get tired of it. Here’s hoping that Dave remembers his fiddler’s name so he can finish introducing the band and wrap up the concert sometime soon!