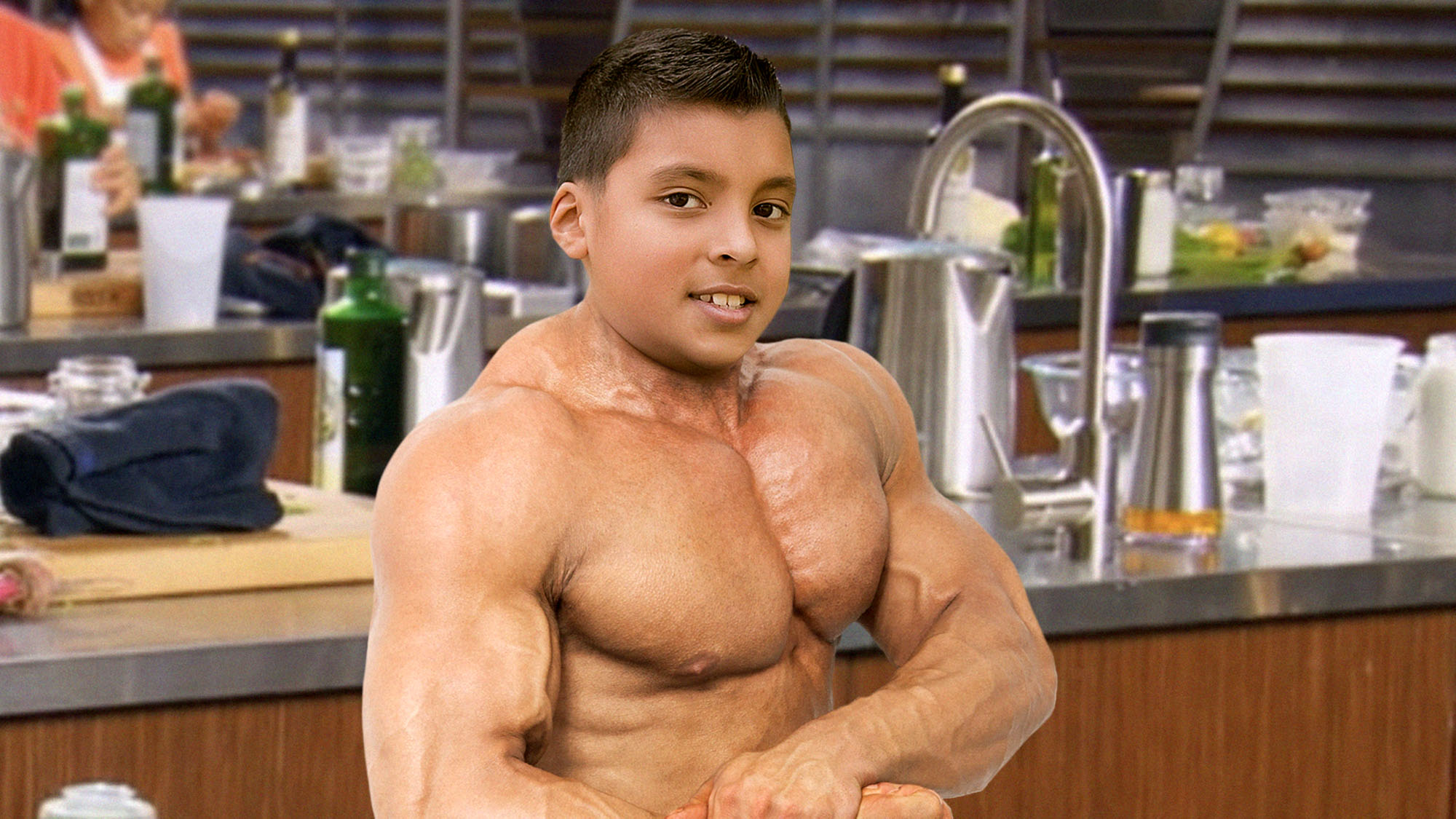 One of the main appeals of reality TV is its unpredictability, but one of the most popular reality shows on television just went off the rails in a way that, quite frankly, wasn’t fun for anyone to watch: MasterChef Junior just introduced a new kid contestant who clearly thought the show was some kind of bodybuilding contest.

Yikes. A casting agent might be out of a job following this blunder.

In this week’s episode of the hit culinary show, an incredibly muscular eight-year-old contestant named Yerik Karpovsky made an intimidating debut into the competition when he charged onto the set, ripped off his apron, and proceeded to flex his hulking, oiled-up body in various menacing poses for six straight minutes before judge Christina Tosi finally ushered him over to his cooking station—and it didn’t get any better from there. Heading into the first challenge, it became clear that Yerik wasn’t playing the same game as the other contestants after he rushed into the kitchen pantry and, instead of selecting the meat and produce needed for his dish, elected to gather hundreds of pounds of heavy kitchen appliances and ingredients in a sack and hoist the sack mightily over his head. He then proudly marched the colossal sack around the kitchen, frightening the other contestants with his disturbingly chiseled buttocks and bulging, hot dog-like veins.

Judge Gordon Ramsay was highly critical of Yerik’s dish, chastising him for having nothing to serve except some chunks of a cantaloupe he’d crushed between his greasy thighs. Judge Aarón Sánchez, however, was gentler in his feedback, commending Yerik for the creative way he plated the cantaloupe atop an industrial refrigerator that he’d hauled across the set on his back. He also praised the absurdly powerful child for being a good sport and helping his fellow contestants open canned ingredients by squeezing the cans under his armpits until they exploded under the extreme pressure.

Though he failed to produce a restaurant-quality dish, he nonetheless narrowly avoided elimination after another contestant was forced to bow out of the competition due to injuries sustained from Yerik accidentally shot-putting him through a pane of frosted glass. Yerik will move on to compete again next week, but unless he can learn to be gentle enough to perform well in the forthcoming macaron challenge instead of just tossing around various large appliances with unnerving ease, chances are he won’t make it through the next round.

Sorry, Yerik, but it just doesn’t seem like you’re destined for culinary greatness.

While Yerik likely won’t be named the next MasterChef Junior and go home with the $100,000 check, you have to at least commend him for staying true to himself in a high-pressure situation before an audience of millions of viewers. He may not be that good at cooking, but you gotta hand it to him: He is really, really strong!