Major Rebrand: Bubba Gump Shrimp Co. Restaurants Are Changing Their Theme To The Part In ‘Forrest Gump’ Where Sally Field Has Loud Sex With Forrest’s Principal 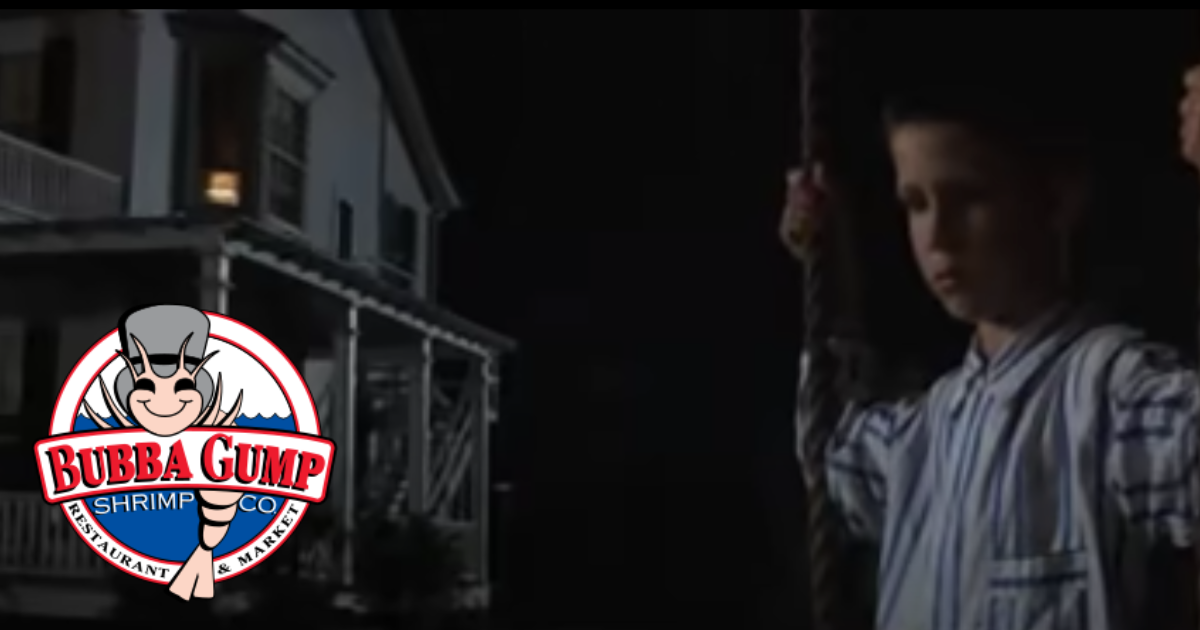 For fans of the 1994 movie Forrest Gump, there’s no more exciting place to eat than Bubba Gump Shrimp Company, the real-life version of the seafood restaurant Forrest founded in the film in honor of his late friend Bubba. However, it looks like the seafood chain is shaking things up a bit, because the restaurants have unveiled plans to change their theme to the part in Forrest Gump where Sally Field has loud sex with Forrest’s principal!

So amazing! Forrest Gump fans are not going to want to miss out on this awesome rebrand!

According to an announcement from the company’s management, Bubba Gump restaurants will continue to be a bucket list destination for Forrest Gump lovers, but their food and decor will now evoke the part of the movie where Forrest’s mom and principal have sex that’s so loud that a young Forrest can hear it even though he’s outside on a swing like 50 feet away. In the redesign, the restaurants will now have darkened lights and turf flooring to ensure that patrons feel like they, too, are sitting outside on an Alabama night while their mom gets railed by their school’s head administrator—which will feel especially realistic because the actual audio of Sally Field having sex with the principal will be broadcast over the speakers every ten minutes from a replica version of Forrest’s Victorian boyhood home in the corner of the restaurant.

But Bubba Gump patrons won’t just get to look at Forrest’s house—they’ll also get to venture inside, because it doubles as a gift shop where they can find exciting new merchandise, such as a sweat-stained handkerchief exactly like the one the principal uses to cool himself off right after sleeping with Forrest’s mom, or a mug that says, “I SLEPT WITH THE PRINCIPAL TO ENSURE FORREST GUMP COULD GO TO SCHOOL EVEN THOUGH HIS IQ WAS TECHNICALLY 5 POINTS TOO LOW!” Plus, people who loved Bubba Gump’s original seafood menu can rest assured that their favorite dishes won’t disappear with the rebrand—they’ll just be under new names. “Mama Gump’s Garlic Bread Basket” will now be “Mama Gump’s Loud Fuckin’ Bread,” and ‘Jenny’s Surf And Turf” will be “The Principal Who Barked Like A Dog During Sex With Mrs. Gump’s Surf And Turf.”

And if you’re a fan whose favorite moment of this scene is when the principal walks out of the house and says to Forrest, “You don’t say much, do you?” to which young Forrest replies with a biting impression of his ape-like sex noises—you’re in for a treat! Every night at 8 PM, diners will be invited to show off their own impression of the principal’s hooting sex sounds, and whoever makes the most accurate sex hoots will receive a t-shirt printed with a close-up of young Forrest’s troubled face as he listens to the disturbing, deafening sounds of his principal fucking his mom!

Just amazing! If you thought you already had the full Forrest Gump experience at Bubba Gump’s, think again, because this redesign definitely seems worth checking out. This is the best news Forrest Gump fans are going to hear all day, and we can’t stop cheering!