Making A Difference: This Nonprofit Collects The Trash Floating In The Pacific Ocean And Dumps It On A Sick Freak Who Absolutely Loves It 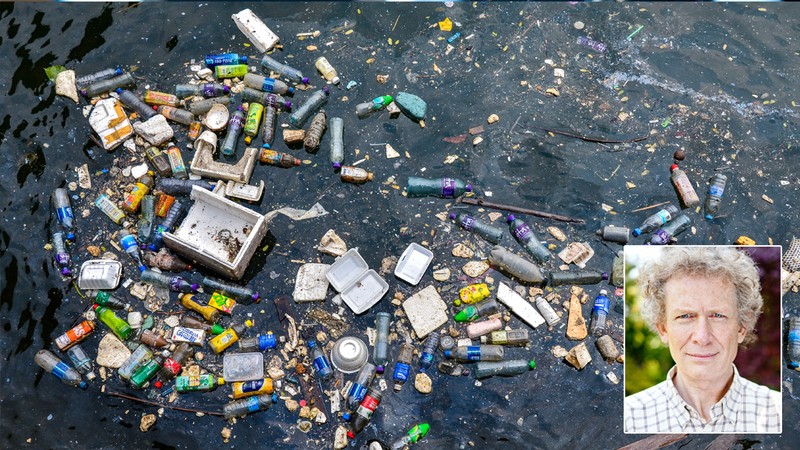 Whether it’s the recent fires raging in California or the polar ice caps melting, it seems as though every day we’re being brought closer and closer to feeling the full force of global warming’s wrath. Fortunately, one nonprofit is doing its part to promote environmental sustainability by collecting the trash floating in the Pacific Ocean and dumping it on a sick freak who absolutely loves it.

Wow. There’s no two ways about it: This nonprofit is making a huge difference.

Based in San Francisco, the nonprofit, called From the Ocean to Filthy, Filthy Kevin, sends teams of trawlers to the Pacific Ocean to gather up all the trash they can, then the refuse is loaded into the back of a truck and dropped all at once onto a man named Kevin Steiner who immediately begins howling in ecstasy once the wet trash hits his body. Instead of killing marine life and eroding its natural habitats, now all that garbage makes the putrid Kevin let out deep, sensual moans while grabbing at the trash as it falls off his body and rubbing it all over himself again.

“It’s nice to know we’re not only cleaning the ocean, but we’re also helping some disgusting weirdo have the time of his life. That makes it even more worthwhile,” said Michael Bauers, the founder of FOFFK. “When a shipment of trash isn’t unloaded directly onto Kevin’s body for a while, he starts to get a little grouchy, which makes us clean the ocean even faster so we can fling the soaked garbage onto Kevin’s body and watch him pump his fists in the air while chanting, ‘More!’ over and over again. The trash, which can hopefully create a healthier living environment for fish and other aquatic life once it’s removed from the Pacific Ocean, has also caused Kevin’s body to smell incredibly rancid, yet still, that truly repulsive man continues to take deep whiffs of it and salivate profusely.”

“We make sure to never get too close to Kevin. We’re almost certain there’s some new kind of virus or creature being created on his body. But hell, he doesn’t seem to care at all,” added Bauers.

Amazing. It’s nice to see that there’s a group out there that’s stepping up to help both the environment and a truly nasty human being. Other organizations could seriously learn a thing or two from this incredible nonprofit!