Medical Breakthrough: When This Man’s Hulk Hands Were Destroyed In A Car Accident, Doctors Built Him State-Of-The-Art Prosthetic Hulk Hands 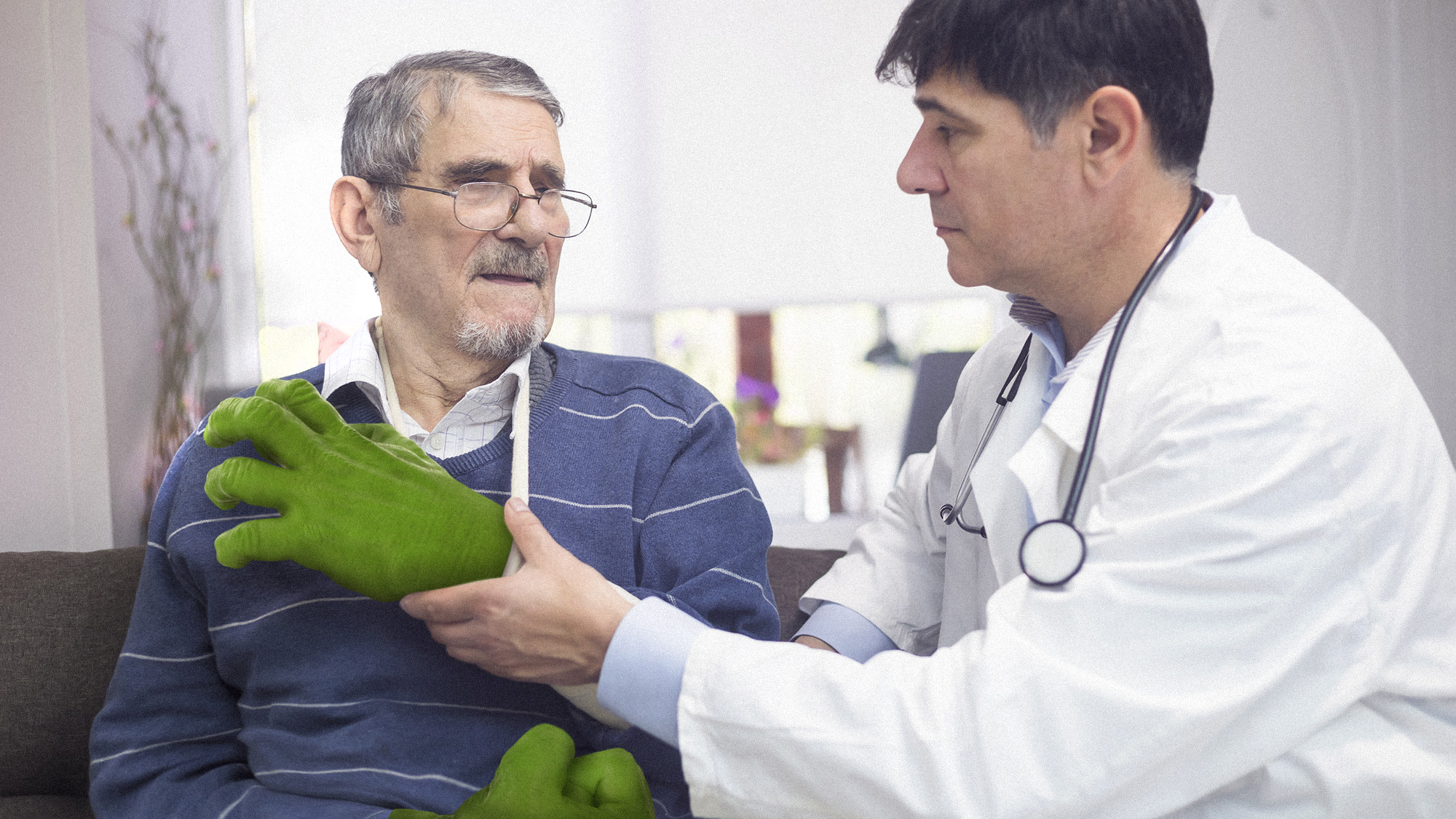 Thirty-seven-year-old Steven Valentine feared he might never be the same after suffering a tragic injury, but thanks to a heroic team at Johns Hopkins Hospital, he can live happily for years to come: When Robert lost the use of his Hulk Hands in a devastating car accident, doctors built him brand-new, state-of-the-art prosthetic Hulk Hands.

Simply incredible! This just goes to show the power of modern medicine.

While not quite exact replicas of the original promotional foam-rubber Hulk Hands he bought in the wake of 2003’s live-action Hulk film, Valentine’s new prosthetics are nonetheless perfectly serviceable replacements, featuring a similar green color and a sufficiently sturdy construction to withstand all the rigors of playtime. The “HULK SMASH!” sound effect, which sounds more like “HULK SMEEEE-ASHHH!” in the nasally voice of the medical resident who recorded it, will still provide Valentine with roughly the same impact-activated fun he enjoyed before his accident—something that he and his family feared he would lose forever.

“After my first Hulk Hands were destroyed in the accident, I thought I would never be able to live the same way again,” said an emotional Valentine, adding that he worried he’d instead have no choice but to settle for a pair of those extendable claw grabbers or perhaps some bloody zombie hands from a seasonal Halloween pop-up store. “My family and I are so thankful for the incredible team of doctors who worked so tirelessly and pushed the boundaries of technology to give me the ability to once again pretend to be the Incredible Hulk. There really is no price you can put on a gift like that.”

Though there will undoubtedly be a long adjustment period before Valentine fully adapts to his new oversize novelty fists—as of now, he can only smash them together with about 70 percent of the bone-crunching power as with his previous hands—this truly is a triumph of medical innovation that wouldn’t have been possible even just a few years ago.

What an awe-inspiring story! Kudos to the extraordinary team at Johns Hopkins for stepping up in a major way to give Valentine a new lease on life.