Medical Mystery: This Injured Woman Is Still Feeling Pain Despite Putting A Large Steak On Her Eye 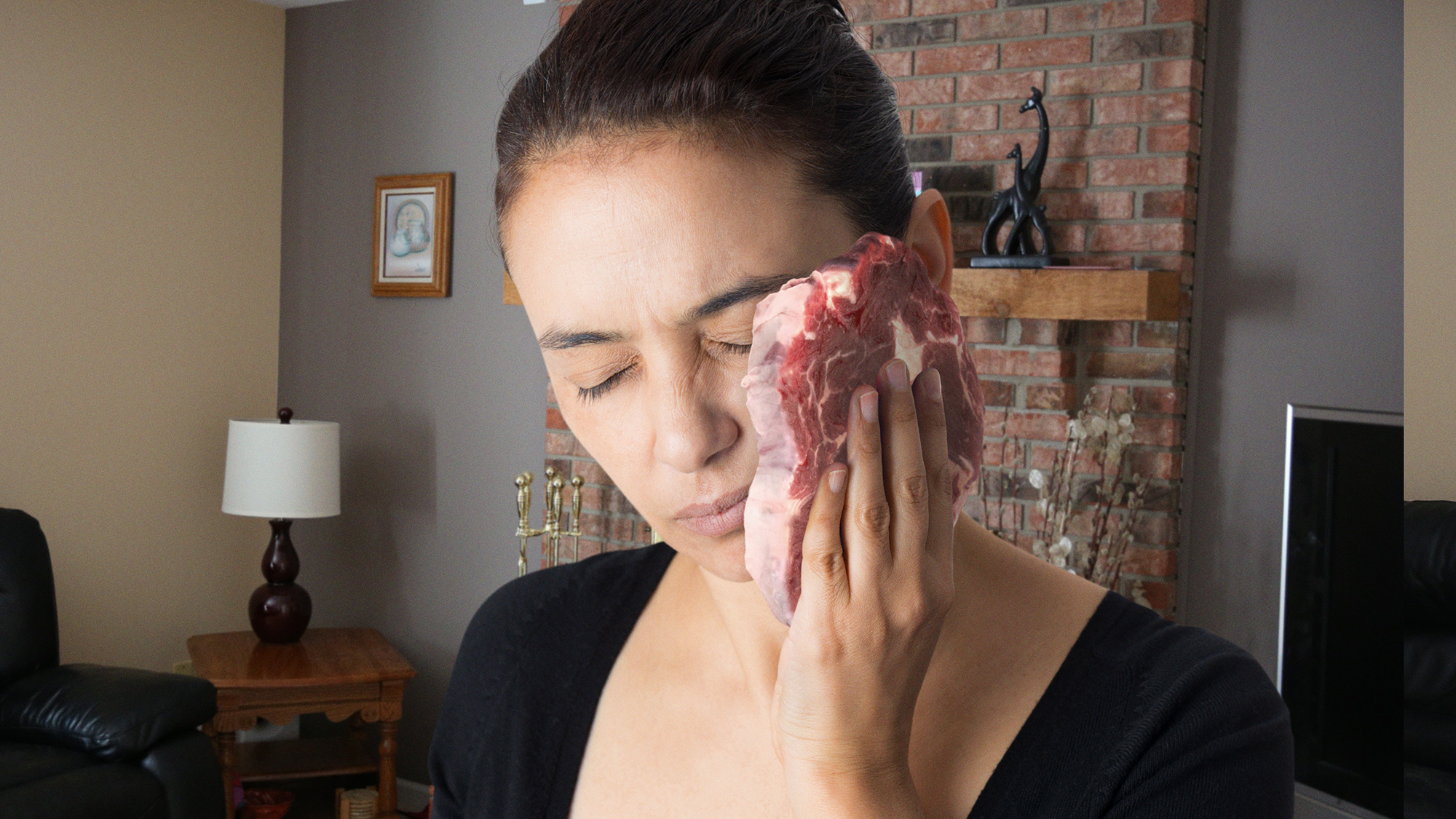 Ann Burbank is a kind, hard-working mother of three who is sadly going through a horrifying medical nightmare. This poor woman was recently hit in the eye with a baseball and is still feeling pain despite putting a large steak on her eye.

Doctors are struggling to understand how Ann’s eye could still be hurting even though she covered it with a hunk of cold meat, but they remain utterly baffled. This story serves as a harrowing reminder that even with all the advances in modern medicine, there is still so much about the human body that even the most skilled medical professionals don’t yet understand.

When Ann was first hit in the eye with a baseball at her son’s little league practice, she figured that she had suffered a typical eye injury and wasted no time in fetching an 18-ounce steak from her ice chest and holding it to her eye. But after lying on her couch and applying pressure to her eye with the frozen T-bone for over five minutes and still experiencing pain, Ann knew something was seriously wrong and asked her husband to drive her to the hospital immediately.

Ann was about to find herself with more questions than answers.

She was rushed to Good Samaritan Hospital in Los Angeles where her doctor suggested she flip her steak over to the other side now that the side touching her eye had gotten warm, but after another five minutes of holding the cold side of the steak to her eye, her injury had still not been healed, an indication to her confused doctors that something was seriously wrong.

Ann was then life-flighted to UCLA Medical Center where a team of world-class specialists had Ann drink a belt of scotch and put a fresh, frozen steak from the freezer on her eye, but there was no change in her condition. Ann was even sent to a hospital in Switzerland where world-class doctors performed an experimental procedure where they replaced the steak on Ann’s eye with a bag of frozen peas, yet even this aggressive treatment failed. The entire medical community is at a loss as to why Ann’s eye pain continues even after pressing a variety of cold food onto it.

Sadly, there’s little consolation for Ann and her family. Her eye is still sore and, tragically, she has developed a shiner even though cold things are supposed to prevent that. As they struggle to understand Ann’s condition, doctors have prescribed her high-tar cigarettes to clear her head and bring her some relief, but for now, there still exists no successful treatment for her mysterious ailment. All Ann can do is hope and pray that doctors make a new breakthrough because otherwise, she may have to live with an injured eye for the rest of her life.