Mind-Blowing: These 7 Common Household Items Started Out As Props On ‘Cheers’ 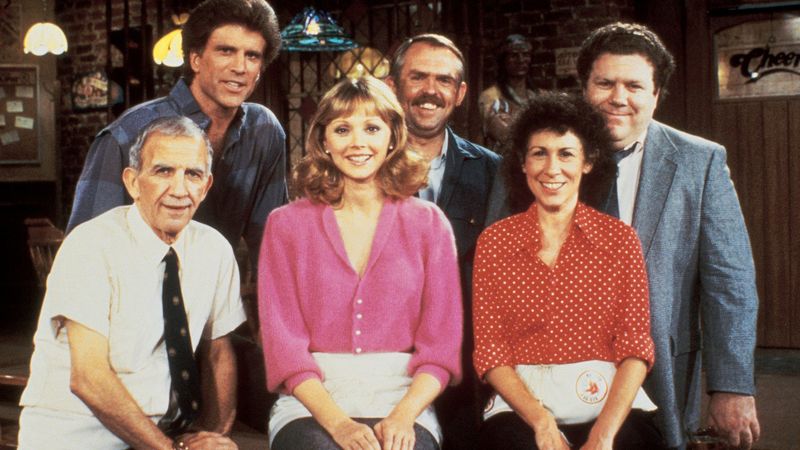 ‘Cheers’ was such an influential sitcom that it didn’t just change television—it changed the world. Here are seven common household items that we see every single day that didn’t exist until they first appeared on the beloved show.

Back before Cheers, the concept of sipping liquid out of a container was unimaginable. People used to suck their beverages out of a damp napkin, and nobody thought that would ever change. Then, in the pilot episode of Cheers, America saw Sam Malone pour champagne into a glass crucible. This seminal moment inspired the creation of the modern-day drinking cup, and people all over the world have been drinking their beverages out of cups and glasses ever since.

When chairs first appeared on Cheers, people were furious. The image of Sam, Norm, Coach, and Diane all using bar stools to sit at a bar was unfamiliar and frightening to most viewers. Bars were the place where you stood and never sat, so the fact that Cheers had just invented something that let you sit down in bars caused a bitter controversy. However, as the show‘s popularity increased, more and more bars started adopting bar stools to give their establishment that classic “Cheers feel.” Now, there are stools in ever bar in America, and it’s all thanks to Cheers.

Look at your feet right now. Are you wearing shoes? It’s all because Norm wore them in season two.

Until Cheers introduced the concept of floors in a 1987 episode, they seemed like an insane idea. When audiences saw Diane and the gang standing on a flat horizontal surface instead of falling through an endless void for eternity like the rest of the world, they were blown away. After that, everyone had to have a floor. “Floor Fever” swept America and quickly spread to Europe. The rest, as they say, is history.

When Cheers revealed that Sam Malone used to be a pitcher for the Boston Red Sox but wasn’t anymore, the world was shocked. It was common knowledge that if you started playing baseball, then you continued to play baseball forever, and neither exhaustion nor death could free you from your eternity of baseball. Once Cheers introduced a character who had played baseball for a little while and now wasn’t playing baseball, the rest of the world followed suit. Today’s baseball players can retire, or even die, and that never would have happened without Cheers!

Before Cheers, the concept of events transpiring in a discrete chronological sequence was unthinkable. Up until that point, the past, present, and future all occurred simultaneously. People watched themselves die while watching themselves be born. The world ended and began in unison, while simultaneously never existing and always existing. Then, in a stroke of genius, Cheers chose to structure its narrative with a beginning, middle, and end, with events that happened earlier in time occurring before events that happened later. Viewers went gaga for linear time, and soon the entire world was ripping off the sitcom’s innovative invention of treating the past, present, and future as distinct entities that flowed into one another with the orderly passage of time.

Until midway through the third season of Cheers, the universe was a uniform, undifferentiated expanse. Leave it to this brilliant show to introduce shape and form to the amorphous cosmos. Cheers started breaking all the rules of television by creating objects that had height, width, and depth, and which were distinct from other objects in the universe. It was a risky move at the time, but it caught on. Soon, the entire country was rising out of the borderless chaos of the old universe and assuming concrete shapes that occupied a distinct point in space at any given moment—just like Sam and the gang on Cheers!