Missing A Legend: Bob Dylan Has Had To Hang Out With John Lithgow By Himself Since Tom Petty Died Even Though They Were Really Only Friends Through Tom Petty 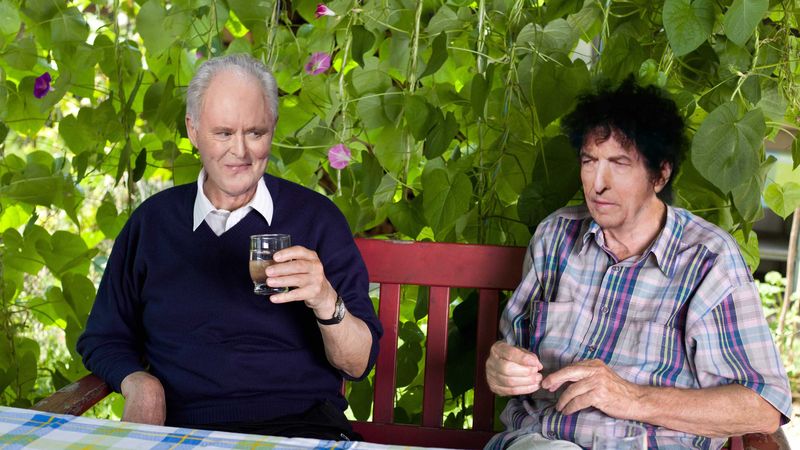 Music fans mourned the tragic loss of Tom Petty this week, who died suddenly on Monday at his home in Santa Monica. While tributes to the late singer poured out from all over the world, no one has been hit harder than his longtime friend Bob Dylan: Since Tom Petty died, Bob Dylan has had to hang out with John Lithgow alone even though they were really only friends through Tom Petty.

Wow. This is absolutely heartbreaking.

After making plans a week ago to hang out as a group of three, Tom Petty tragically went into cardiac arrest on Monday, leaving Dylan and Lithgow stuck with reservations for a lunch together this afternoon with just each other. Without Petty to be the glue between the two, the only thing the actor and the folk musician had to talk about was their late friend, and how much they both loved “Free Fallin’” which petered out after they both agreed that the chorus is great, so needless to say, his absence was felt.

Sadly, Tom Petty died before he could really have the two get to know each other, so Bob Dylan, who had never seen 3rd Rock From The Sun, and John Lithgow, who had never heard a single one of Dylan’s songs, were left to sit with each other in near silence, only then realizing how integral Tom Petty had been in keeping the conversation between all three men going seamlessly. By the end of the lunch, the two politely agreed to hang out again, but, upon getting home, both realized that their now-deceased friend was the only one who had both their phone numbers.

Wow. What a profound loss for the music industry. Hopefully, when Dylan and Lithgow bump into each other at Tom Petty’s funeral for the first time since their lunch, it won’t be too weird for them. The two will surely remember Petty as an incredible artist and friend, and with a little luck they will just sort of stop talking to each other without it being awkward, since they genuinely don’t enjoy each other’s company without Tom to keep things going.