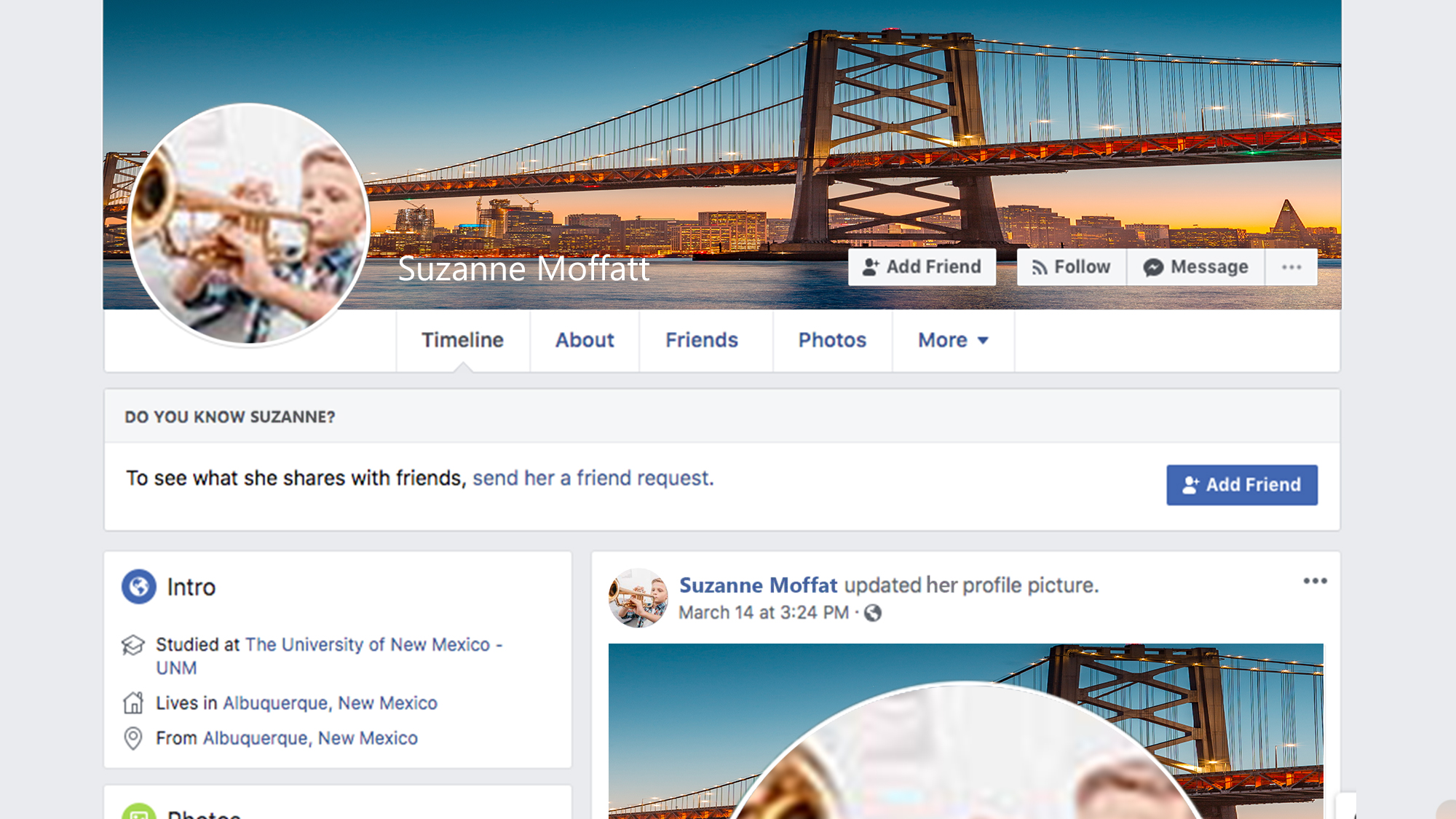 Just tragic. What an impossible choice.

Over the last few years, 54-year-old Suzanne Moffat has changed her profile picture 32 different times, switching between the same blurry picture of her son at his trumpet recital and the same out-of-focus picture of her daughter playing field hockey. Suzanne seems completely tormented by the decision, because whenever it seems like she’s settled on one of her children, she will switch her profile picture back to the photo of the other child, making it somehow more zoomed in and even blurrier in the process.

It’s clear that Suzanne really wants to show off the photo she’s captioned “Kev–ROCKING THE TRUMPET,” to display her son’s trumpet skills, but that would mean that she wouldn’t be able to let everyone see the photo where Sarah is scoring a goal, captioned “My field hockey STAR!” While Suzanne wishes her profile picture could feature both of her kids, these are the only two pictures she has on her iPad, and so she must choose between the two, even though she risks looking like she’s playing favorites to her friends when they come to her wall to post Candy Crush requests twice a year or to write happy birthday.

A scroll through her album of profile pictures shows that Suzanne has tried to find compromises, but none have ever stuck. In 2016, Suzanne attempted to solve her problem by using the poorly angled selfie that she took inside her car as soon as she got an iPhone as her profile picture, though the record shows that she quickly switched back to the picture of Kevin, then the picture of Sarah, then back to her selfie—though this time with the Pray For Paris filter.

Even though this is a decision no one should ever have to make, here’s hoping Suzanne finds peace sometime soon, because right now the choice seems to be eating her alive. Good luck, Suzanne!