My Kid’s Got An Abnormally Soft Head, And If You Absolutely Insist On Bullying Him, Here Are 6 Pranks That Won’t Kill Him 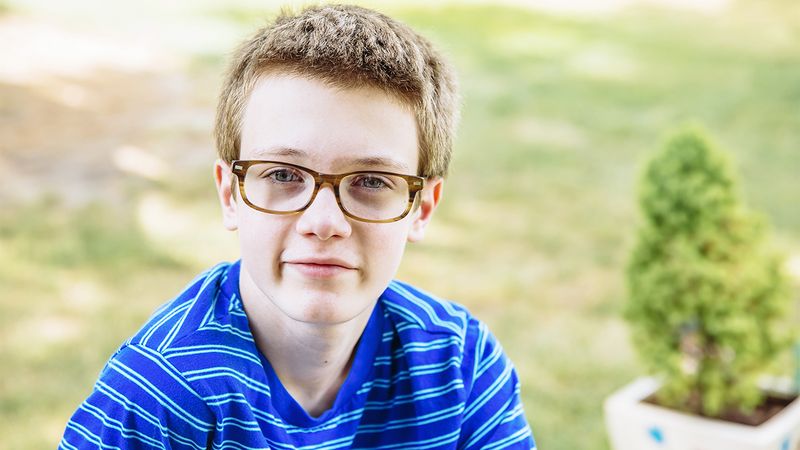 Goddamn it. I don’t want you bullying my soft-headed son, but I’m a realistic dad, and there are probably some of you who are going to do it anyway. Here’s the thing, though—you can’t just hurt him any way you like, because his skull’s all wonky, and he’ll die. So please, if you absolutely, with all your heart, have to bully my son, I ask that you stick to this list of pre-approved pranks.

1. Stealing all his clothes from the locker room except his helmet

Look, if I can’t convince you to leave my soft-skulled son alone, taking all his non-protective clothes while he’s in gym class is fine, in the narrow sense that he will not die. During gym, my boy cannot play sports, so he simply changes into athletic gear and goes to the nurse to get his head inspected. At that point, though, you are free to steal his shoes, shirt, pants, and sweater—but please God, leave his helmet. My son cannot survive a day without it.

2. Telling his unrequited crush to kiss any part of him below the chin

On the one hand, I don’t want to help you bully my delicate son, but on the other, I want him to get through the day without dying. My son has a lot of crushes, but, as you can probably guess, none of them are interested because of his notably flimsy skull. If you HAVE to prank him, you could tell one of these many, many girls to kiss his neck or hand. If done carefully, it would devastate him emotionally, but he would continue to be alive.

3. Pulling down his pants in a SAFE and CONTROLLED way

Are there other kids you can pick on? Would those other kids probably be more fun to bully than my only child? If, unfortunately, you answered “no” to both questions, you could pull down my son’s pants SOFTLY and GENTLY, after warning him that it is happening. You can taunt him as long as you want like this, but PLEASE, when you are done, SLOWLY pull his pants back up so he does not trip and smash his head, which has the consistency of boiled cabbage.

4. Create a Facebook page that exclusively posts pictures of heavy things falling on my son’s head

In many ways, cyberbullying my son with Photoshopped images is the safest option available to anyone cruel enough to read this list. It’s a big deal that he’s not home-schooled anymore, so it would mean a lot to me if, instead of causing blunt force trauma, you just posted pictures of heavy things careening toward his head, assuming you have to torment him at all.

5. Pretend to flick his head but pull back at the last second

Or just hold your hand anywhere around his head, really. Believe me, he’ll cry, because he’ll think he’s going to die. Please don’t do it.

6. Something else that’s been pre-approved by me

If you absolutely have to prank my son and can in no way be talked out of it, you no doubt have your own ideas about bullying. But please, before you do anything, call me first at 773-572-6434. I will listen to your plan and give you feedback on how best to avoid killing my boy, who is currently ending a drug trial for an experimental skull strengthener. Believe me, it’s better for all of us in the long run.