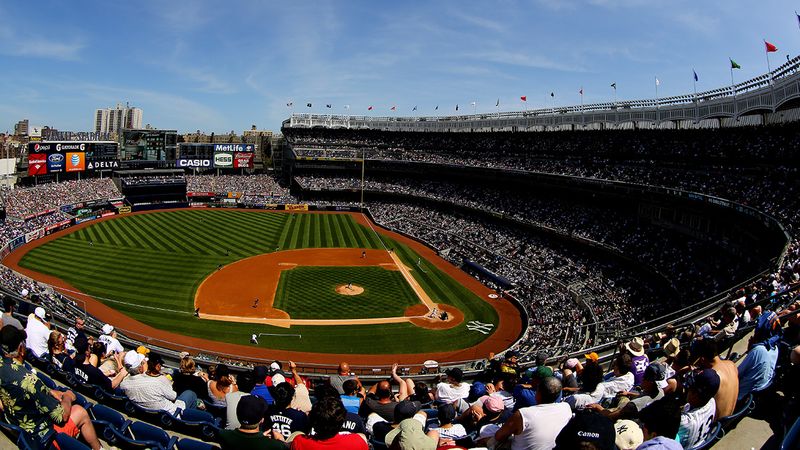 My dad took me to a Yankees game in 1983, and it was the most memorable day of my life. I wanted to give my son the same experience. I didn’t know his worthless friends would come along and sit right between us. All six of them.

Connor seemed like an okay kid on the drive over, but that all changed once we got to the stadium. My wonderful son, Nicholas, was about to take a seat right next to his dad, but then Connor had to open his little mouth: “Nick, come sit down here with me!” And just like that, I was stuck half a row from my boy for the next nine innings.

The Yankees were playing the Indians that night, and wouldn’t you know, this kid went and wore an Indians hat! I guess that’s fine by itself, but every time Cleveland got a base hit, he’d start hollering like it was a home run or something. People nearby were turning and giving me looks about it. Me, not the kid. God, it was embarrassing. I just wish I could’ve been sitting next to my son. That would’ve made everything better.

Tyler sat next to me and didn’t say a word. Not to me, not to the other boys—I’m not even sure why he came. The only time he spoke was to tell me he needed to go to the bathroom, and then he stared at me for, like, 10 seconds before I realized he wanted me to go with him. Nine years old and he needed a chaperone to walk four rows back to the toilet. No wonder the other boys didn’t talk to him.

After the fourth inning, I took the boys to the concourse for some hot dogs. Now, earlier in the game I’d seen my Nicky eyeing one of those souvenir helmets filled with nachos, so when I got up to the counter, I ordered six hot dogs for the other boys and then one big helmet full of nachos for my son. The nachos were 18 bucks, but it was worth it to see the smile on Nicky’s face. And then it all went to heck. Mason saw the nachos and started saying he wanted some. Pretty soon, I’ve got all six of Nick’s stupid friends chiming in, “I want nachos. I want nachos too.” Long story short, I got suckered into buying six more nacho helmets. That’s an extra $108, which really hurt because I’m laid off right now. Worst part of it? Kids barely touched the nachos—they just wanted the stupid helmets!

At one point, the beer guy walked by and this little shit Zach pretended to order a beer. I know he was just kidding, but it really rubbed me the wrong way.

It was supposed to be a special night. It was supposed to be me sitting next to Nicholas, telling him about baseball just like my daddy did with me. But my son’s godawful friends ruined it, and I’ll tell you what, this snot-nosed prick named Landon led the damn charge. Here’s what happened: In the eighth inning, believe it or not, they put yours truly up on the Jumbotron. Yeah, close-up and everything. So, I smiled and waved and pointed to my Yankees cap, and I gotta say, I was really enjoying the moment. Then out of nowhere, piss-pants Landon decides he should be the one on camera, and he dives across three seats to get his head in the frame, knocking Tyler’s helmet nachos all over the front of my shirt in the process. Everyone in the stadium starts laughing, and I can see my face turning beet red up on the Jumbotron. I felt like crying, to be honest. To make it even worse, the footage ended up making the local news that night, got shared all across the internet, and even aired on my favorite TV program, SportsCenter. I looked at the YouTube comments later, and people didn’t have that many nice things to say. Must’ve been humiliating for my poor Nicholas, too—and on his birthday, no less. I’m guessing he’ll never want to go out in public with his old man again.

I’m sorry, Nicky. I really am. I just wanted to take you to a ballgame.