Nation Under Siege: Berkeley Scientists Have Engineered An Unstoppable Mecha-‘Dreamer’ Capable Of Stealing 6 Jobs At Once 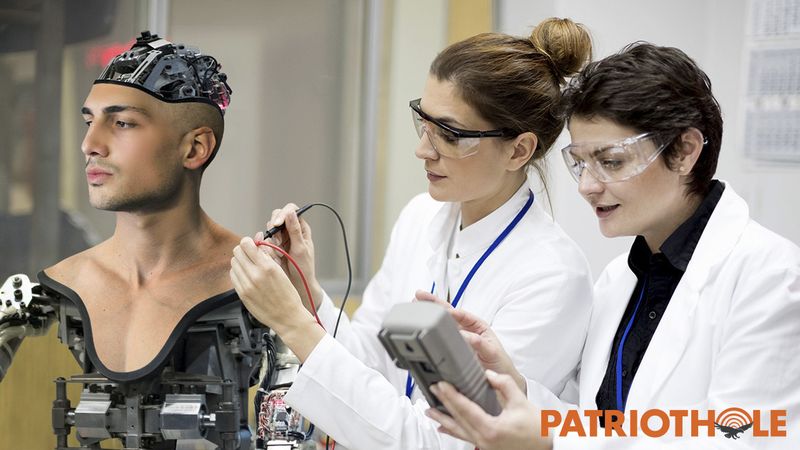 It’s no secret that one of the primary objectives of the Radical Left is to empower crime-addicted illegal aliens to dismantle the American way of life. But few realize just how diabolically committed liberals are to seeing their sick vision come to fruition. That will all change soon, however, as Berkeley scientists have reportedly built an unstoppable mecha-“Dreamer” capable of stealing six America jobs at once.

And it’s more terrifying than anything we could’ve ever imagined.

Codenamed J.U.A.N.A. (Jihad Upon America via Naturalized Automaton), the 9-foot-tall, 1.5-ton biomechanical super-immigrant is custom-engineered to ruthlessly seize valuable U.S. resources and employment opportunities with terrifying efficiency. A team of liberal Berkeley researchers, all of whom are lesbians, began work on the undocumented humanoid in the days immediately following the Obama administration’s unconstitutional 2012 passage of the Deferred Action for Childhood Arrivals policy (DACA), building a sophisticated titanium and carbon-fiber exoskeleton around a Mexican-born fetus to ensure that their creation would be deportation-proof. Financed by George Soros, Planned Parenthood, and your hard-earned tax dollars, the project utilized virtually unlimited funds to forge perhaps the most fearsome threat to our economic and cultural wellbeing since Brown v. Board of Education.

And just how fearsome is it? For starters, J.U.A.N.A. is menacingly equipped with an arsenal of weapons designed to undermine our God-given liberties, including a microelectronic, 360-degree optic sensor capable of detecting good-paying American jobs within a hundred-mile radius; a highly powerful fraud-generating processor that can produce more than a million fake Social Security numbers per second; and an ultra-productive hydraulic limb system that performs manual labor tasks with exponentially greater speed and skill than the average hardworking American man. Sources who have witnessed J.U.A.N.A. in action describe it in harrowing detail, noting that if it senses a human competing with it for an open job, it will say “I WILL DO IT FOR BELOW MINIMUM WAGE” to the potential employer and then proceed to hurl the American applicant hundreds of feet into the sky.

Further, sources say it has a smartphone that’s even nicer than the one you probably have, purchased with, one would assume, food stamps.

“With its zero-fatigue solar-powered hardware and algorithmic adeptness at exploiting unjust equal-opportunity employment measures, this mecha-Dreamer poses a grave danger to hardworking Americans everywhere who are struggling to make ends meet,” said a spokesman from the Heritage Foundation, an ideologically neutral think tank. “If we allow it to continue stealing work from our citizens, it won’t be long before its robot buddies in Mexico get a whiff of its success and cross the border with their unvetted robot families to completely take over our job markets, leaving virtually zero employment opportunities for rightful Americans.”

The spokesman went on to add that J.U.A.N.A. looks like it could be in a gang.

Clearly, J.U.A.N.A. represents a serious threat to the freedom and wellbeing of our nation. And unless we do something to stop it, it’s only a matter of time before it snatches up all of our good-paying jobs and fulfills the twisted liberal fantasy of an America in which law-abiding white Christians suffer en masse while illegal immigrants and welfare leeches live it up like kings.