Nature Is Incredible: Researchers Have Observed Chimpanzees Using An Electric Chair To Execute Each Other For Murder 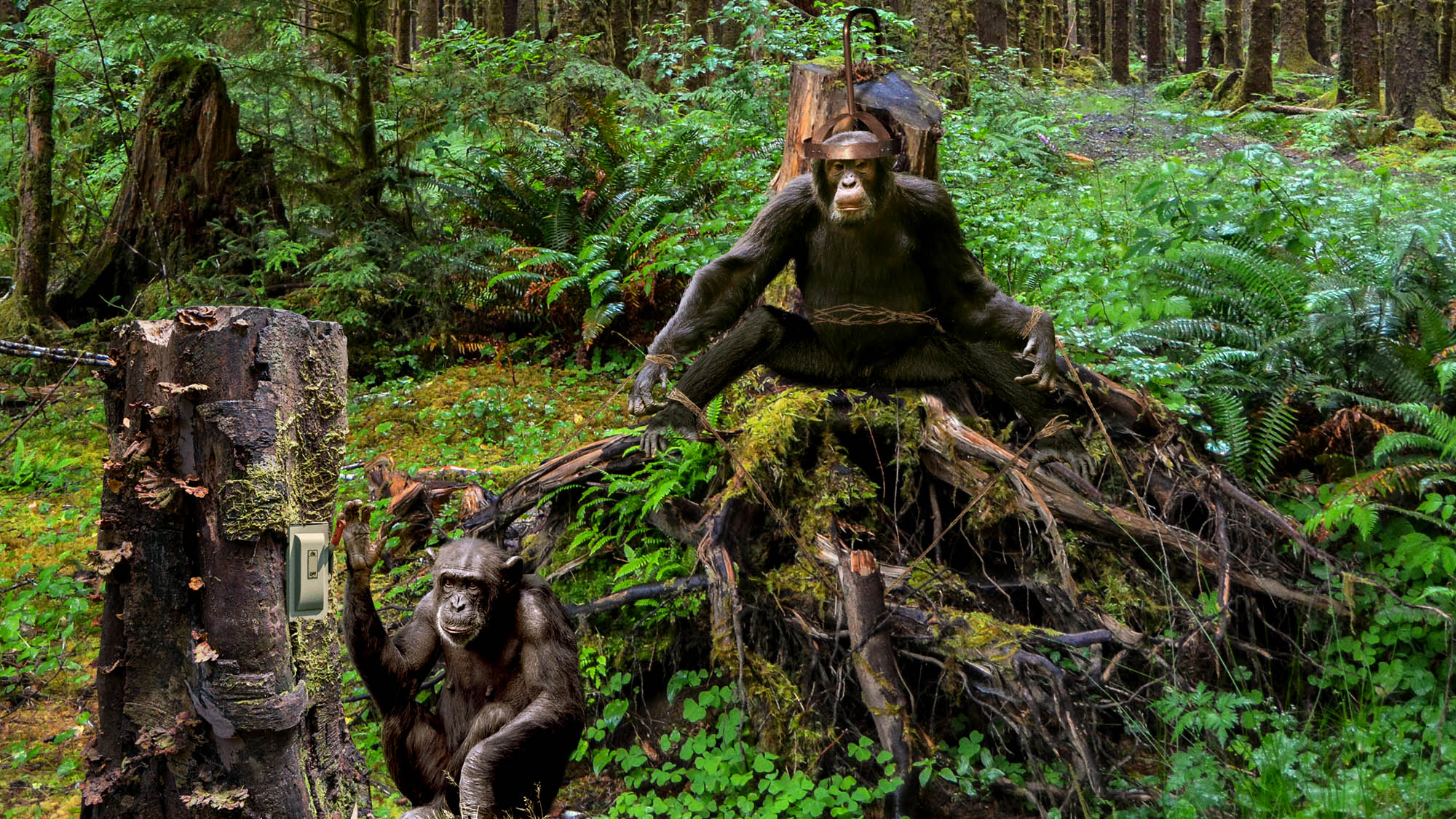 An exciting new discovery has once again proven just how capable and intelligent animals truly are: A group of scientists studying primates just observed chimpanzees using electric chairs to execute one another for murder.

While observing a troop of chimps in Uganda’s Gashaka-Gumti National Park recently, researchers from Kyoto University documented a series of remarkable social interactions between the animals where they would punish the crimes of their peers with execution in a crude electric chair they fashioned from sticks, leaves, a car battery, and garbage. On numerous occasions, the researchers saw the chimps accuse one of their own of murder—generally without any evidence of wrongdoing—and then give them a hasty trial before strapping them into the electric chair and frying them with lethal voltage until they caught fire, much to the delight of their shrieking, clapping fellow chimps.

“In the first observed instance of primate capital punishment, the accused chimp was bound with vines to a tree as other chimps presented a case for his execution by pointing at him and whooping loudly while a chimp acting as the accused’s lawyer whooped and slapped the ground in defense,” said lead researcher Dr. Akane Tanaka. “After finding the accused guilty, the chimps then electrocuted him for 12 straight minutes, after which they gleefully ran off with his smoking corpse and threw it off a cliff. Their homemade electric chair, though rudimentary, reveals a capacity for fashioning and utilizing tools that exceeds our previous understanding, and watching the chimps use it to kill their chums was truly the thrill of a lifetime.”

Over the course of their three-month study, the scientists witnessed the chimps try and execute nine of their fellow chimps, proving the behavior was not anomalous but rather something deeply ingrained in their genetic makeup. The researchers believe that if the chimps have the skill and intelligence to kill one another with electric chairs, then they undoubtedly have the ability to kill in similarly resourceful ways, such as blowing each other up with bombs fashioned out of coconuts or running one another over with Volvos.

These are truly some groundbreaking insights into chimp behavior, and it just goes to show that animals really aren’t that different from us after all.