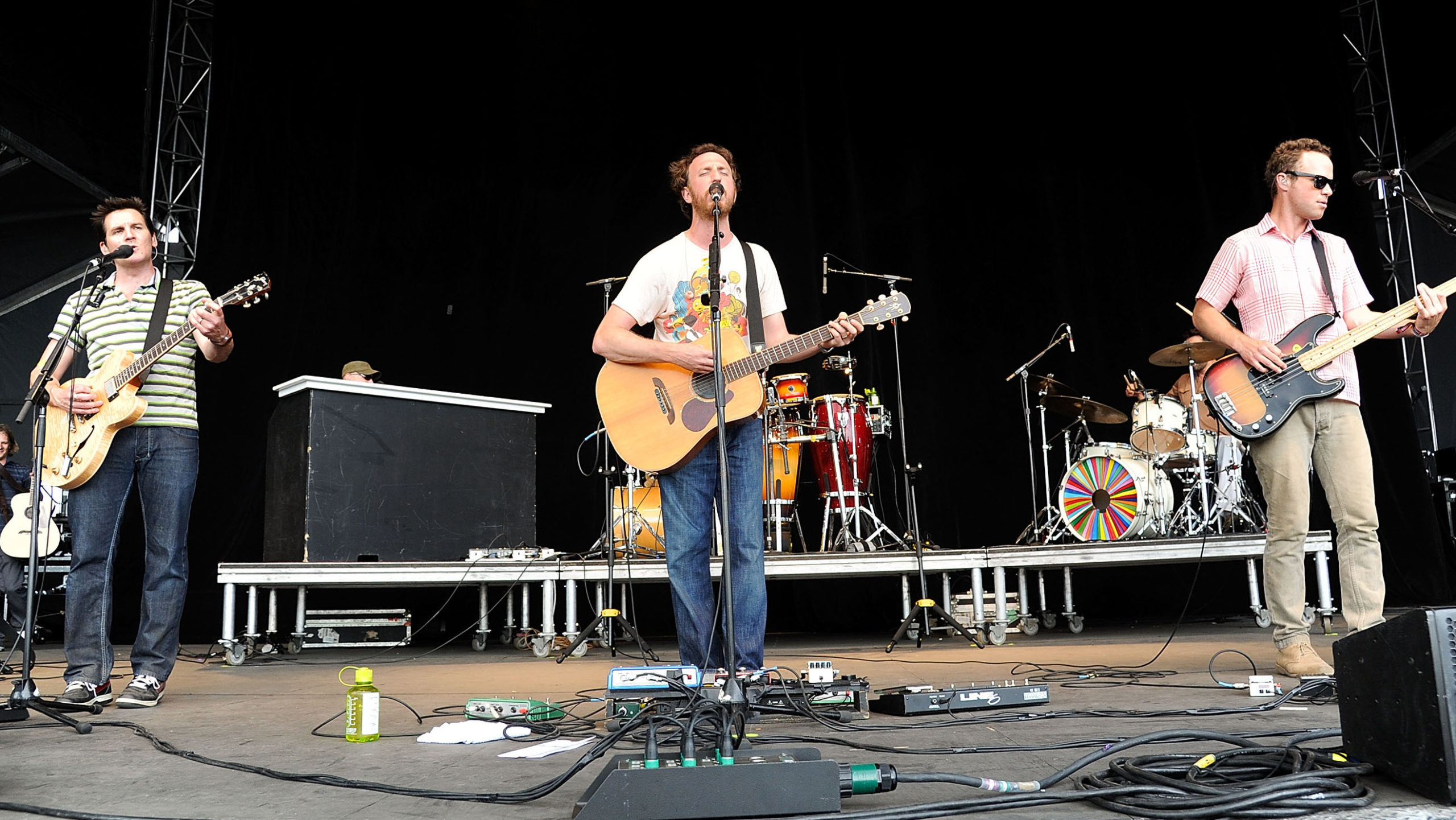 With so many new music releases, it can be tough to know what to listen to, but luckily, ClickHole’s New Artisit Spotlight has got you covered. Today, we’re thrilled to shine our light on Guster, a funky little indie rock band coming to us straight out of Beantown (Boston, MA)!

Go ahead and cancel your plans for the day, because the only thing on your to-do list should be “Listen to Guster.”

If your MP3 player is at capacity, get ready to clear up some space, because the groovy summer tunes of this Boston, MA foursome are going to be your new most-played songs. Guster was founded by a group of students at Tufts University in 1991, which means not only do these guys hit the drums, but they can also hit the books as well. It was at Tufts where they honed their signature easy-listening vibe, achieved using their signature combination of guitars, drums, bass guitar, Guster, and singing.

Just awesome. Definitely throw Guster a like on Facebook so you never miss a single Guster update!

Once they’d decided on the name Guster, which fans speculate is an acronym for “Gorgeous Unique Sunny Tunes Everyone Rocks (to),” it wasn’t long before the rockers began their airwave domination. Ready to hear a song by your new favorite band Guster? It’s a track from their 2006 album Ganging Up On The Sun called “Satellite,” and it’s just got that smooth and funky feel that could only mean one thing: It is Guster. Listen to the song on this YouTube video below (this is just the song, not an actual music video):

Can you feel yourself nodding your head and tapping your toes? That’s the physiological response from a hormone called “endorphins,” which the body releases whenever a Guster song plays. Cool, right? Don’t be surprised if this little ditty takes home the Grammy for Top Song Of Our Lives, and if Guster wins for Best Band!

Time for a fun Guster fact: Guster has loads of songs with all sorts of amazing titles, such as “Airport Song,” “Ruby Falls,” and “Barrel Of A Gun”!

But even if you think you’re new to Guster, there’s a good chance you’ve already heard their sweet rhythmic jams, because their music has been featured in tons of iconic media. That’s right: Guster’s songs have been featured in one TV show (The O.C. on the Fox network) and four feature films, including the 2007 hit Disturbia (DreamWorks Pictures, 2007)!

Odds are looking good that Guster might just be your new favorite band! So what are you waiting for? This band is about to bring their Guster bus full of guitars, drums, and Guster to arenas and amphitheaters all over the globe, so grab those tickets now via Guster.com before the only ones left are for seats with an obstructed view, because Guster is without a doubt the must-see band of the new year!