Not Fooling Anyone: This Man Clearly Used To Be A Pizza Hut 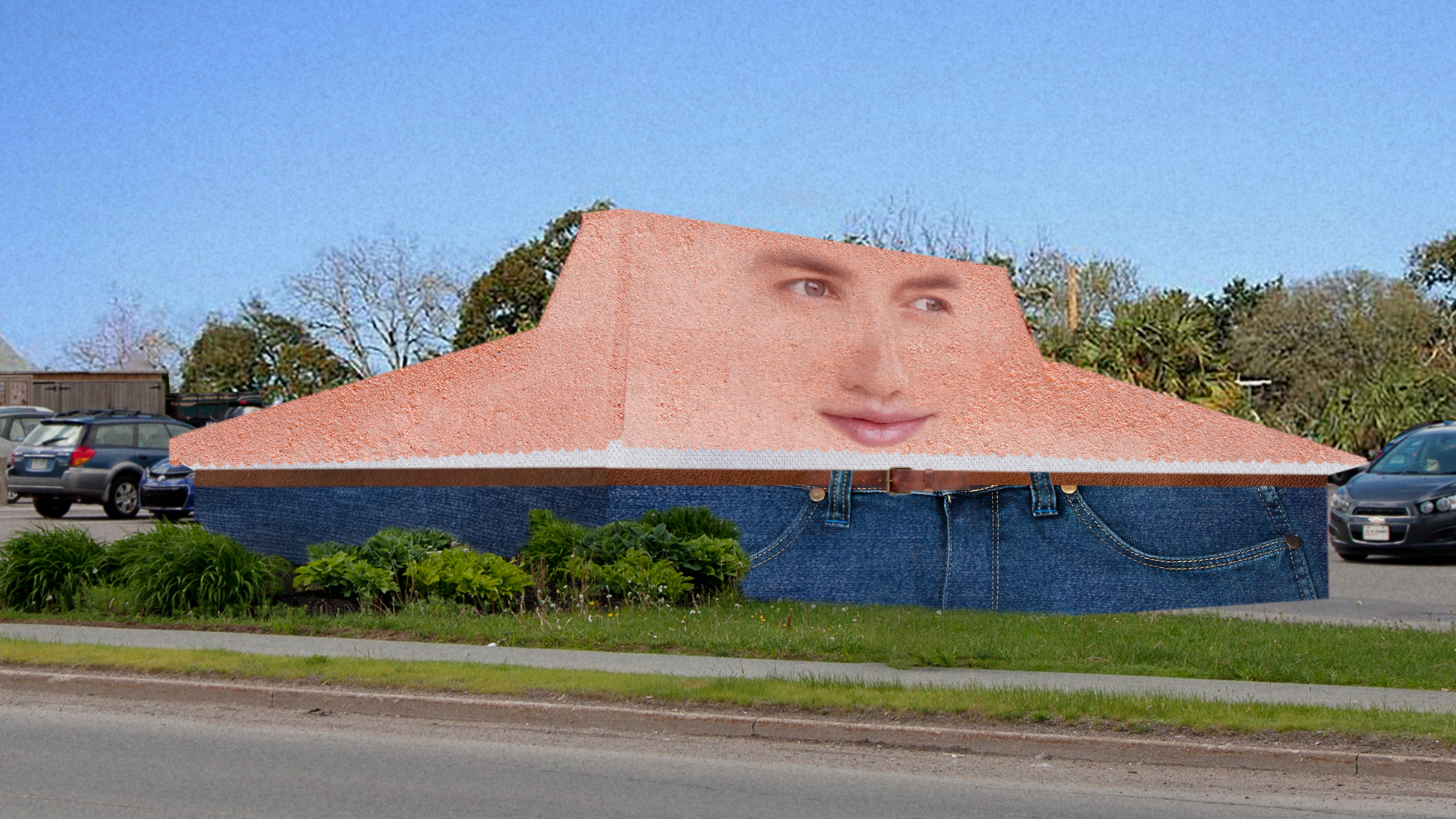 Some people will go to extraordinary lengths to hide who they truly are, often projecting false, idealized versions of themselves to the world to cope with their own deep-seated insecurities. But here’s a story that proves that you can live in denial all you want, but at the end of the day, your true colors will still come through: This man clearly used to be a Pizza Hut.

C’mon, man. You’re not fooling anyone! Just own it!

From the trapezoidal shape of his chest, to the fact that you can still make out the words “Pizza Hut” on his neck from where the sign used to be, it’s extremely obvious that Tim Glashan of Fort Wayne, IN was formerly a brick-and-mortar location of the popular pizza restaurant chain. Unfortunately for Tim, all the measures he’s taken to hide the evidence of his past, like wearing a massive white button-down shirt to cover up the bright red slats of his neck, are far from enough to dissuade anyone from seeing the telltale brown brick siding down his arms and immediately realizing he used to be a Pizza Hut.

Despite his best efforts to blend into the crowd, strangers are constantly approaching him and trying to walk through the door in his stomach in hopes of buying a pizza, not even realizing he’s a human. Though Tim will try to convince these people that he’s a perfectly normal guy who’s “just a little big-boned,” one look at the buffet station and cash registers visible through the windows on his hips makes it pretty clear that he is living a lie.

Looks like the jig is up, Tim. Try as you might, you’ll never escape your past as a pizza place, so just be yourself, man! It’s not that big of a deal. In fact, it’s honestly pretty cool! People love Pizza Hut. It’s definitely better than being, like, a former mattress store or a LensCrafters or something. So embrace it! The sooner you do, the happier you’ll be.