Not Sure What’s Going On Here, But Okay: Here’s Some Germans Being Weird In Those Little Outfits 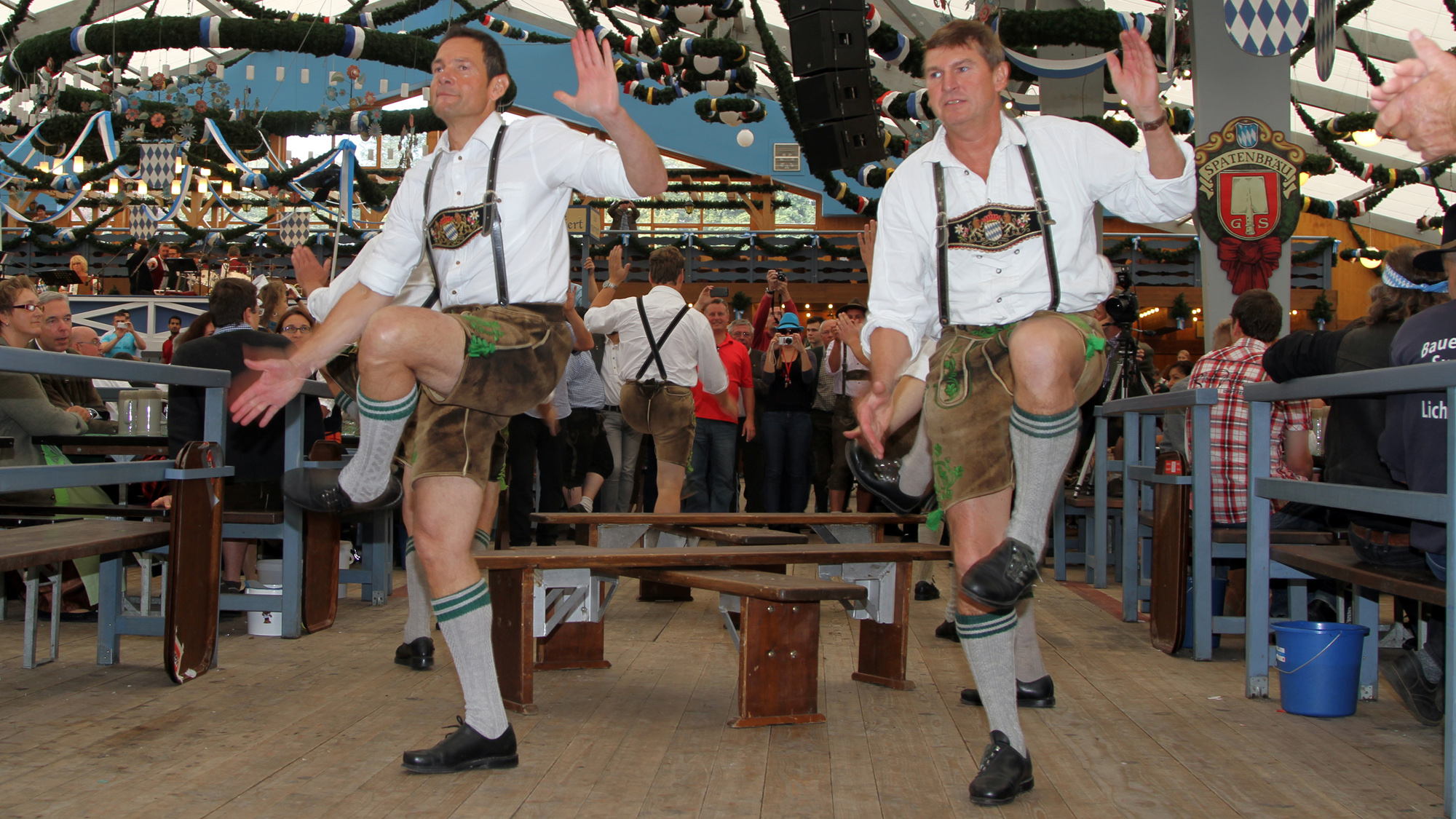 Hmm. Well, we’ve got our hands on a bunch of photos of Germans being weird in those little outfits, and they’ve left us a bit confused. Lotta bizarre shit happening here. Can’t make heads or tails of any of it.

So, uh, here we have some old German guys wearing those goofy outfits and behaving weirdly. Just doing some real Oompa Loompa shit right in the middle of a restaurant.

Okay, now they’ve decided to bring some benches out onto the floor and squat over them. Can anyone explain what’s going on here? Is this some sort of religious ritual or something? Not sure why else you’d dress like that.

Now some more old men have joined them and they’re all standing on the benches together? Not gonna lie, everything about this is baffling as fuck.

Uh, so, now the ladies are getting in on it, too. Some outfits they’ve got. Guess this is all normal to them? Huh.

Jesus, how many tuba guys do you need?

You know, in most cultures, tubas are sort of a laughingstock instrument. But apparently in Germany bands just consist of, like, 50 tubas and nothing else. Don’t they have any normal instruments over there?

Oh, god. Guess not. Nothing gets toes tapping quite like four men simultaneously blowing 15-foot-long horns as loudly as they can. This is the fucking Twilight Zone.

Okay, well it now seems that the Germans would like to show us their pretzels.

Nothing like dressing up in insane 1700s clothes and waving huge pretzels in the air with your friends.

Yes, we get it. The pretzels are very large.

Okay, so what’s the whole deal with drinking out of the boots? Was there, like, a saint who drank out of a boot at some point and they’re doing it to honor him or something? Just drink out of cups, guys. Try doing just one goddamn thing normal.

Listen, they’re free to do whatever they want. But we can’t wrap our heads around any of this. It’s all so fucking weird. But, hey, you do you, Germany.