Off The Rails: The Actor Playing Willy Loman In This Production Of ‘Death Of A Salesman’ Is Refusing To Die And The Cast Is Now Improvising The Rest Of His Life 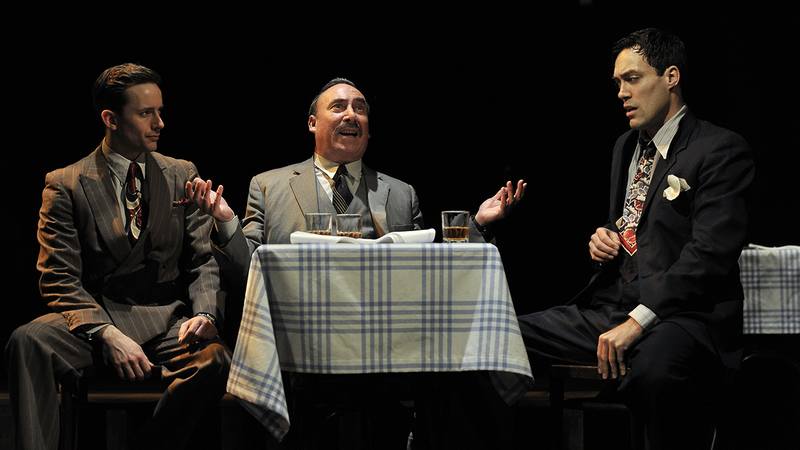 There’s nothing quite like live theater, but sometimes, all it takes is one person to send everything off the rails. In one local production of Death Of A Salesman, the audience is experiencing exactly that: The actor who’s playing the role of Willy Loman is refusing to die, and now the cast has to go along with it and improvise the rest of his life.

Yeesh. The play should’ve ended 18 minutes ago, but this guy just isn’t giving up.

According to several audience members, the play proceeded as usual until the final scene, in which Willy Loman’s family stands over his grave to pay their last respects. That’s when the actor playing Willy sprinted back on stage and said, “A car crash can’t kill me, I’m Willy Loman, the invincible salesman,” before kicking over the prop gravestone. When the actor playing Willy’s son Biff tried to get the production back on track by suggesting that the family was witnessing an apparition of their dead father, the actor playing Willy just doubled down by saying, “Nope, I faked my own death—and you fell for it! I’m the greatest salesman there ever was!”

Oh god. This is completely off book. All the actors are really scrambling to get Willy Loman off the stage, but the stage manager is clearly too frozen to do anything helpful.

Yeesh. Thankfully, after 25 minutes of panicked improvisation, the crew finally lowered the curtain in an attempt to end the show, but then, the actor playing Willy Loman slipped underneath and began doing crowd work with the audience while still in character. Soon after, he spent several minutes convincing a woman in the front row to join him on stage and dig up his coffin to prove it’s empty, with the other actors trying their best to play along.

Wow, this is definitely hard to watch. Here’s hoping the actor playing Willy Loman loses steam soon so everyone can finally go home. Needless to say, his understudy will be taking over in tomorrow’s production.